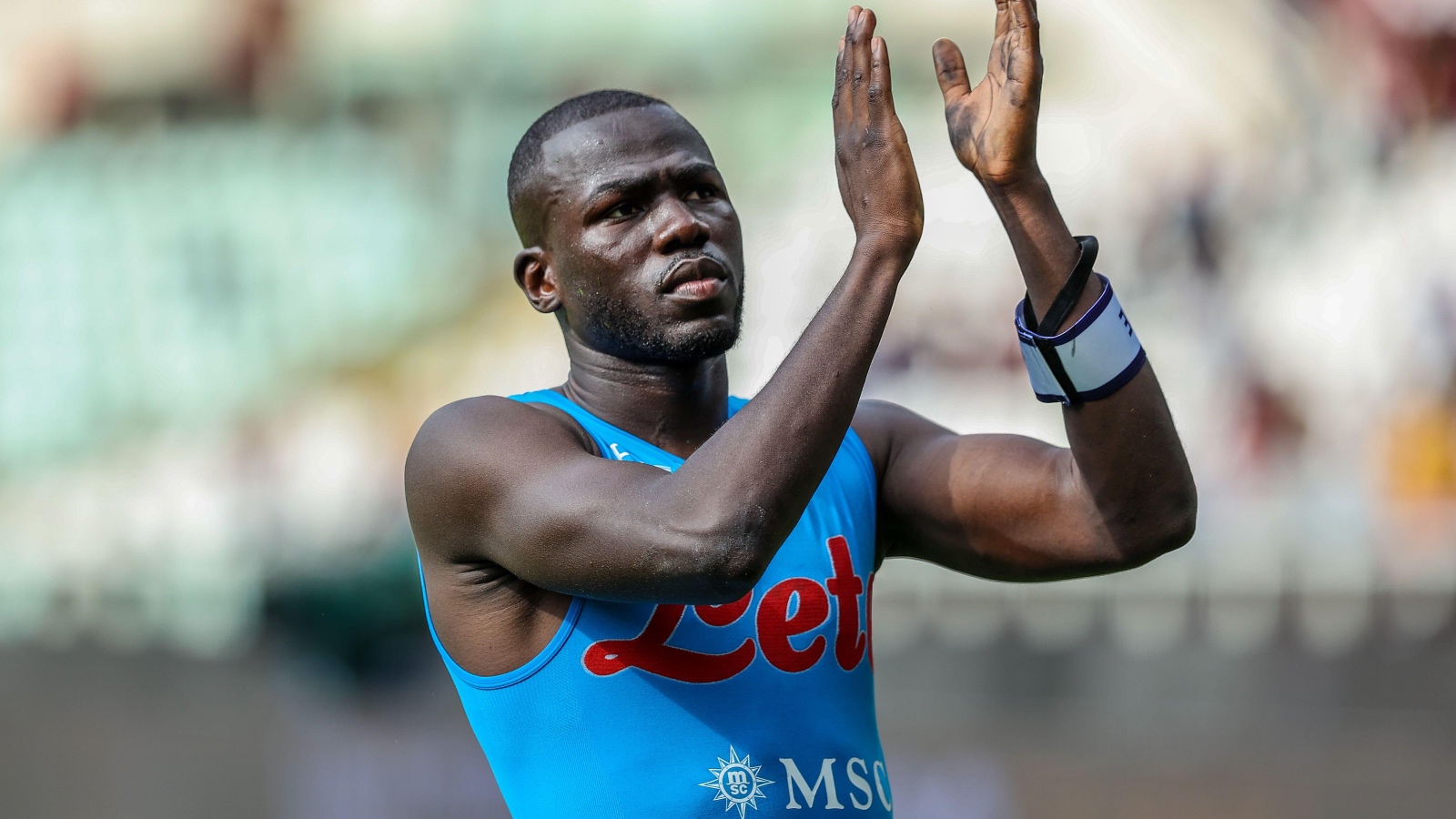 Napoli star Kalidou Koulibaly confirmed his €40m transfer to Chelsea “is on the right track” when asked about a move to Stamford Bridge.

The centre-back was due to report for Napoli’s pre-season training camp in Dimaro on Tuesday evening, but there are now suggestions that talks over his move to west London are moving at such a pace that he may not show up at all.

The Blues are looking to replace Antonio Rudiger and Andreas Christensen who they lost on free transfers this summer to Real Madrid and Barcelona respectively.

Koulibaly moved to Napoli from Genk in 2014 in a £6.5m deal and has spent the last eight seasons marshalling the Serie A club’s backline.

The Senegal international has won a Coppa Italia and a Supercoppa Italia during that time and has scored 14 goals in 317 appearances.

And now it looks like he will have a chance of a new challenge this summer after years of rumours that he could leave Napoli for the Premier League.

Most of the ‘Big Six’ in the Premier League have been linked to Koulibaly at some point and David Ornstein of The Athletic claimed on Tuesday that Chelsea ‘are in talks to sign’ him.

Asked directly about the Chelsea talks by French reporter Romain Collet-Gaudin, Koulibaly said: “I can confirm later, but it is on the right track.”

Ornstein added: ‘Discussions are taking place over a possible deal that could see the 31-year-old move to Stamford Bridge on a long-term contract for a proposed €40 million fee.

‘Negotiations are ongoing but an agreement between the clubs and the Senegal captain is thought to be close.’

It was only a couple of years ago that the Serie A club were demanding £100m for their centre-back but with one year left on his contract they are prepared to accept much less.

Sportitalia claim Chelsea are offering him €8m per season net plus €1m in bonuses – €3m more than the wages Napoli are proposing for the 31-year-old – and it will either a four-year contract, or three years with an option for a fourth.

Ornstein continued by insisting that Chelsea are also ‘interested in Presnel Kimpembe, Nathan Ake and Jules Kounde as they seek multiple reinforcements in central defence’.