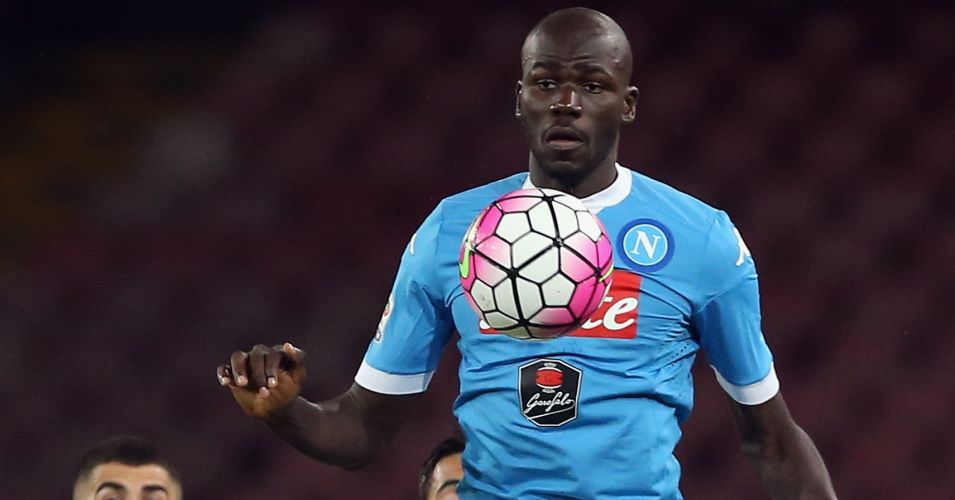 Norwich City had a club-record £11m bid for Napoli defender Kalidou Koulibaly rejected last summer – according to the player himself.

The Senegal international has been linked to a number of Premier League clubs after impressing under the tutelage of Napoli coach Maurizio Sarri this season.

The 24-year-old’s future at the Stadio San Paolo was uncertain following Rafa Benitez’s exit last year, but Koulibaly insists the club were always keen to hold onto him.

“Some teams have tried to sign me, but Napoli said no to several offers, such as €15m from Norwich,” he told French newspaper L’Equipe.

“Sarri believed in me, and this gave me a lot of confidence.

“Benitez wanted me at Napoli, he called me back in December 2013. When I heard his voice for the first time I thought it was a joke. Then my agent told me that it was really him…

“When I arrived, my legs trembled in front of champions like Higuain, Callejon and Albiol. Benitez called me into his office to tell me what I had to do, on the first day at Castelvolturno.

“He told me that if I followed him I would become a great player.”