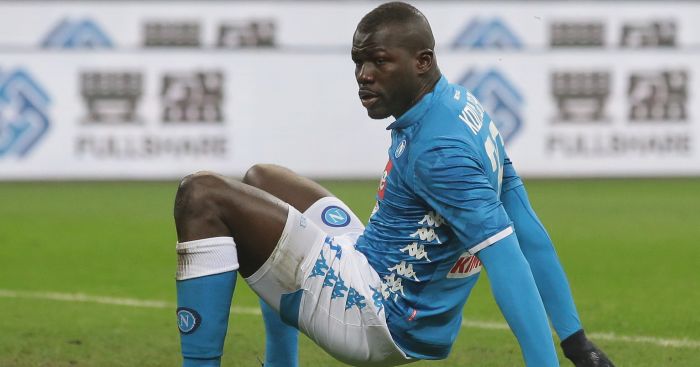 Kalidou Koulibaly is reported to have told Napoli he wants to quit the club for Manchester United this month – only to be told by the Serie A giants they have no intention of allowing him to leave before the summer.

United have regularly watched the powerful Senegal defender and he is reported to have emerged as their No 1 defensive target, despite reports he would command a world-record fee for a defender of around €100million (£89.7m).

However, that has not appeared to deter United and reports on Tuesday claimed the club had renewed attempts to land the centre-half and were indeed ready to test Napoli’s resolve to keep a player who only signed a new five-year deal at the club in September.

And a report in Metro on Wednesday says the player has now told Napoli he wants to leave the club for United, where it is reported he could double his current £80,000 a week wages. Reports in Italy further this claim and suggest the defender has met with the club to make it clear his wish to move on.

However, De Laurentiis is adamant he won’t be sold this month and wants the player to form the cornerstone of their bid to win the Europa League – a competition he believes the club can win.

Nevertheless, United will continue to pursue the player and are said to be buoyed by Koulibaly’s interest in a move to Old Trafford, though it now seems any move will be put on ice until the summer.