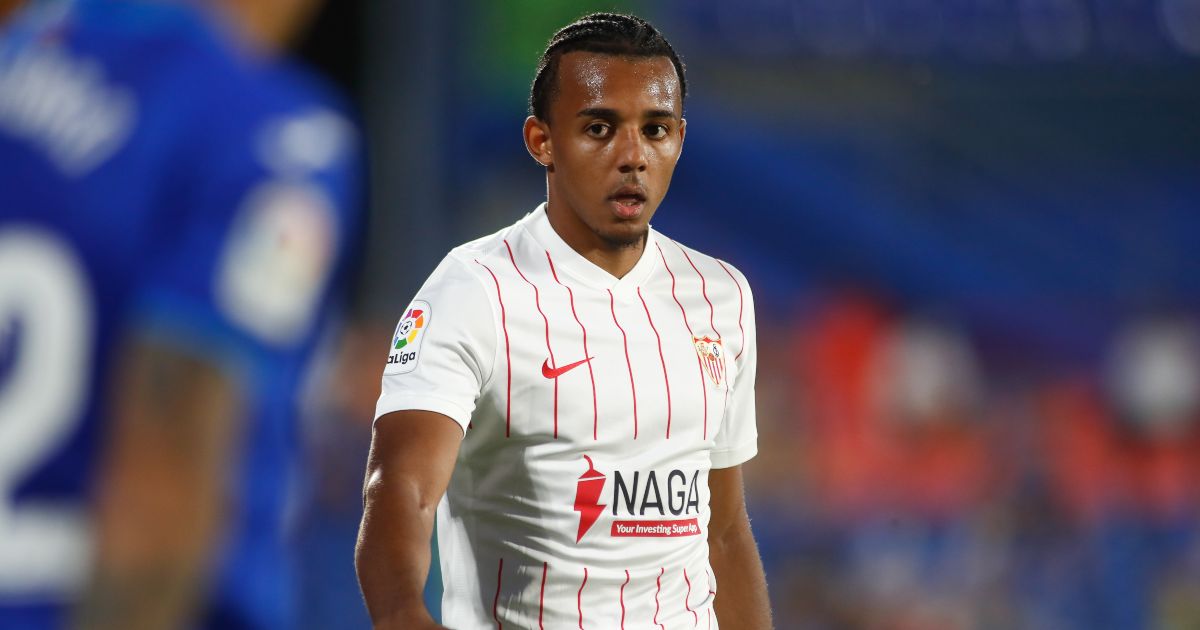 Jules Kounde is reportedly ‘absolutely furious’ at Sevilla for not selling him to Chelsea this summer.

The French defender was linked with a move to Stamford Bridge throughout the window and is said to have agreed personal terms with the Premier League side.

But Sevilla denied that they were ever close to agreeing a fee for Kounde, despite various reports suggesting a price tag of around €50m had been agreed.

He said: “The only written, formal offer from Chelsea came last Wednesday, around 5pm.

Reports suggest Thomas Tuchel could well return for the 22-year-old in January, but for now Kounde is stuck in Seville.

A reality which doesn’t seem to have gone down too well.

Jules Kounde reportedly absolutely furious at Sevilla for not selling him to Chelsea. Apparently not answering the phone to Monchi or Lopetegui.

The Spanish Football Podcast claims ‘a well connected source who covers Sevilla’ has informed them that Kounde is ‘absolutely furious’ and is refusing to answer phonecalls from Monchi and manager Julen Lopetegui.

But while Gary Neville claims the Blues have been left a bit “light” due to their failure to land Kounde, they still have the squad to “challenge on all fronts” this season.