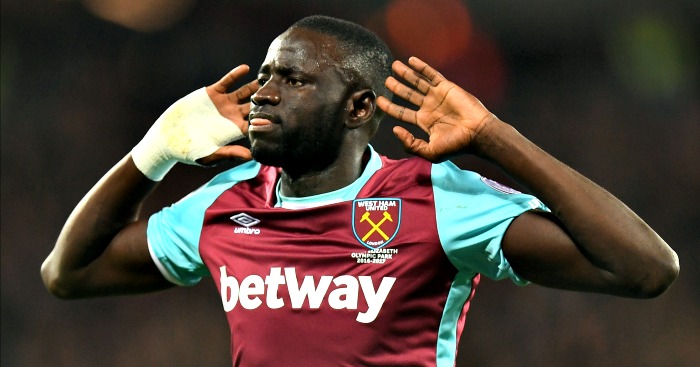 Midfielder Kouyate, 28, captained Senegal at the World Cup finals in Russia, playing in all three of their group games.

“I’m so happy. It’s been a long day but now everything is good and I’m very excited to start with my new team-mates,” Kouyate told Palace’s official website.

“This is the right time to move because I needed a new challenge. I have good memories of West Ham, but I need to come here and give my best because I like the Crystal Palace project.”

Kouyate made a total of 129 appearances in all competitions for West Ham, scoring 12 goals, since signing from Anderlecht in a £7million deal in 2014.

He has made 42 appearances for Senegal since making his international debut in 2012 and has also featured in two Africa Cup of Nations.