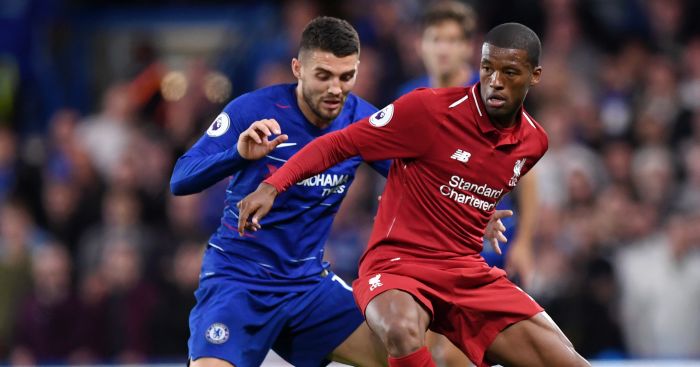 The Croatia international is currently on loan at the Blues until the end of the season from Real Madrid and he plays with Lovren in the national team.

Manchester City currently lead the pack in the Premier League on 32 points, behind them are Liverpool on 30, while Chelsea are a further two points adrift in third position.

Both Liverpool and Chelsea remain unbeaten in the league so far this term, with both sides showing their title credentials.

Kovacic was at a charity event with his Croatia team-mates on Monday with the players watching a film that showed their run to the World Cup final in the summer.

24Sata claims that Kovacic jokingly dismissed the Reds title chances after the film: “Liverpool will not be English champions. Why? Because they have Dejan Lovren.”

Lovren has previously claimed he is one of the best defenders in the world after getting to the World Cup and Champions League finals in the same season.