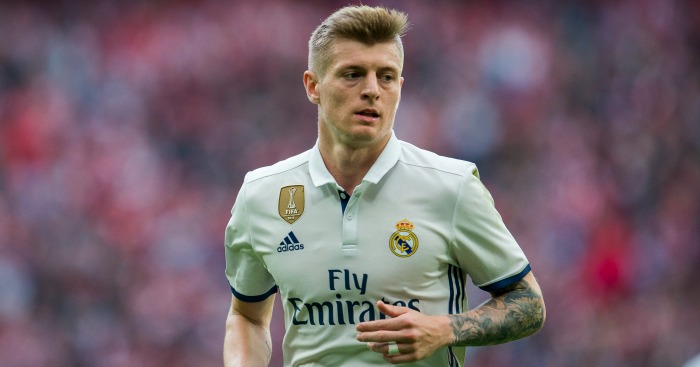 Toni Kroos believes that moving to Real Madrid instead of Manchester United was the “correct” decision.

Kroos was faced with a straight choice between Real and United in the summer of 2014, having starred for Germany at the World Cup in Brazil.

Louis van Gaal was eager to bring the midfielder in at Old Trafford, but Real eventually won the race.

The 27-year-old has won a La Liga title and two Champions League trophies in three years after leaving Bayern Munich, and says choosing Real was the best decision.

“My change of team was correct – in fact, from my point of view there is no doubt about it,” he said.

“Clearly, if you go abroad to a top club, it means one more step in your development.

“Carlo Ancelotti wanted me in Madrid, and had bet on me.”