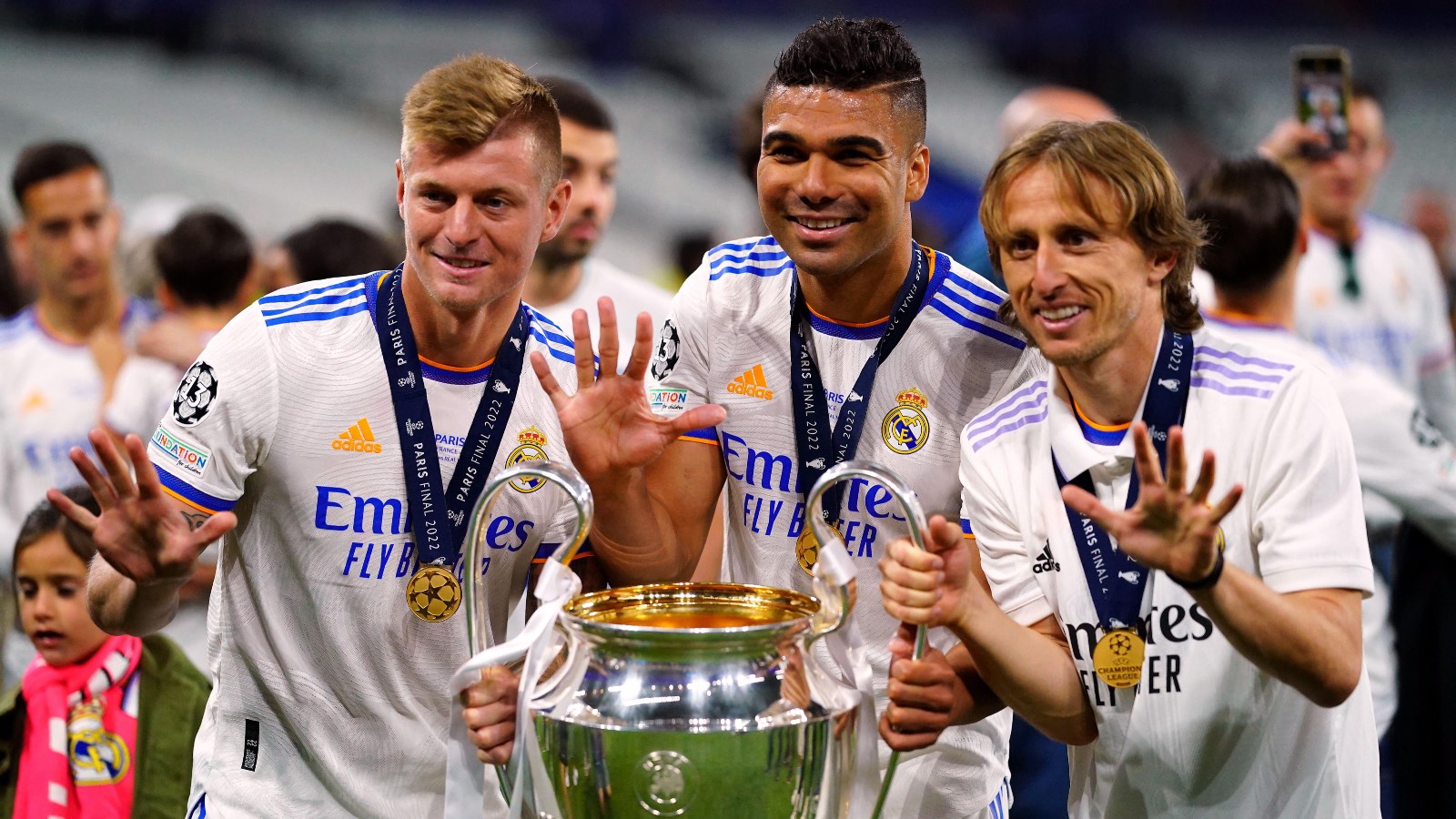 “Thank God not all players look only at salary,” said Toni Kroos, in a thinly veiled jibe at Casemiro, who joined Manchester United on big wages this summer.

United signed five-time Champions Leaue winner Casemiro from Real Madrid, where he combined with Kroos and Luka Modric in an all-conquering midfield triumverate for the best part of decade.

The 30-year-old was signed to a four-year, £375,000 a week deal at Old Trafford in an example of the financial might of the Premier League compared to other leagues across Europe.

Ten Hag has certainly spent a lot of money in his first window in charge, compared to other Manchester United managers.

But as Kroos told the OMR podcast, money doesn’t necessarily equal success, as proved by Madrid’s victory over Liverpool in the Champions League final in May.

The German international also couldn’t resist taking aim at those, like Casemiro, who have followed the money to England.

Kroos said: “TV money has been significantly higher in England for years and yet it hasn’t resulted in English teams winning everything.

“Thank God not all players look only at salary but also at winning many titles and to grow more.”

Kroos himself is said to earn £300,000 a week and is ironically also a supporter of the European Super League, as he toes the Madrid party line, which was set to see money to flow more freely to clubs like his own while others inevitably suffer.

Plans for the controversial ESL were originally announced in April 2021 before big clubs in England and elsewhere backtracked after extreme fan backlash.

But Kroos recently admitted that he believes the ESL will happen eventually; it’s a question of when not if.

He told Marca: “Never contradict your own President [Florentino Perez has been a big advocate for the ESL]. It is obvious that the idea existed and still exists. It should have been in place a long time ago.

“I think it will take a while to put it into place and I probably won’t see it as an active player. My opinion is that I continue to believe it will happen, but I cannot say when.”