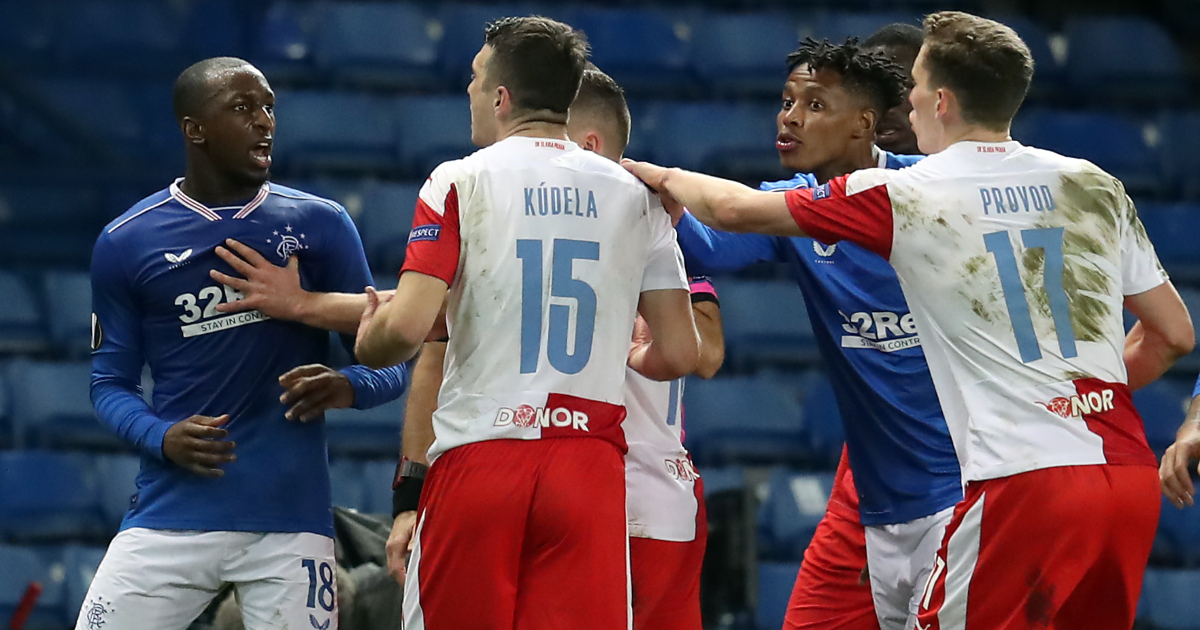 The appeal will be lodged to the Court of Arbitration of Sport (CAS) after the Czech’s lawyer confirmed that an appeal has been “formally lodged” against UEFA’s decision.

Kudela was banned from all UEFA competitions for the racism charge, causing him to miss Euro 2020 with Czech Republic.

The verbal attack took place during an ill-tempered affair between Slavia and Rangers in the Europa League back in March.

Speaking to the Scottish Sun, the defender’s lawyer Rene Cienciala confirmed that proceedings had begun with the CAS.

This comes only days before Scotland take on the Czech’s at Hampden Park at Euro 2020.

“An appeal has now been formally lodged, after agreement with our client,” Cienciala said.

“We have started international sports arbitration against UEFA and proceedings are now being transferred to the Swiss Court of Arbitration for Sport in Lausanne.

“Now we are waiting for the establishment of a panel of arbitrators and the submission of a comprehensive defence of the client. UEFA will then respond and an oral hearing will take place.”

Kudela has insisted that he is innocent throughout this ordeal, despite evidence to solidify his ban.

The Finn was also been banned for three matches after being found guilty of assaulting Kudela in the tunnel after the game.

Elsewhere, Kamara and Finland kick off their Euros campaign later today against Denmark.

The Danes could be seen as dark horses in the competition, with our very own Alex Keble emphasising that their home advantage in the group stages will give them a helping hand.

Alex said: “Denmark have the squad and tactics to spring a big surprise this summer and along with Turkey are probably the most likely outsider to make it all the way to the final.

So much of international football is about being defensively solid and that has never been truer than in this pandemic-hit year, when exhausted players will further reduce pressing. Anyone with a solid structure, good counters and one or two quality attackers can go deep in the tournament.”