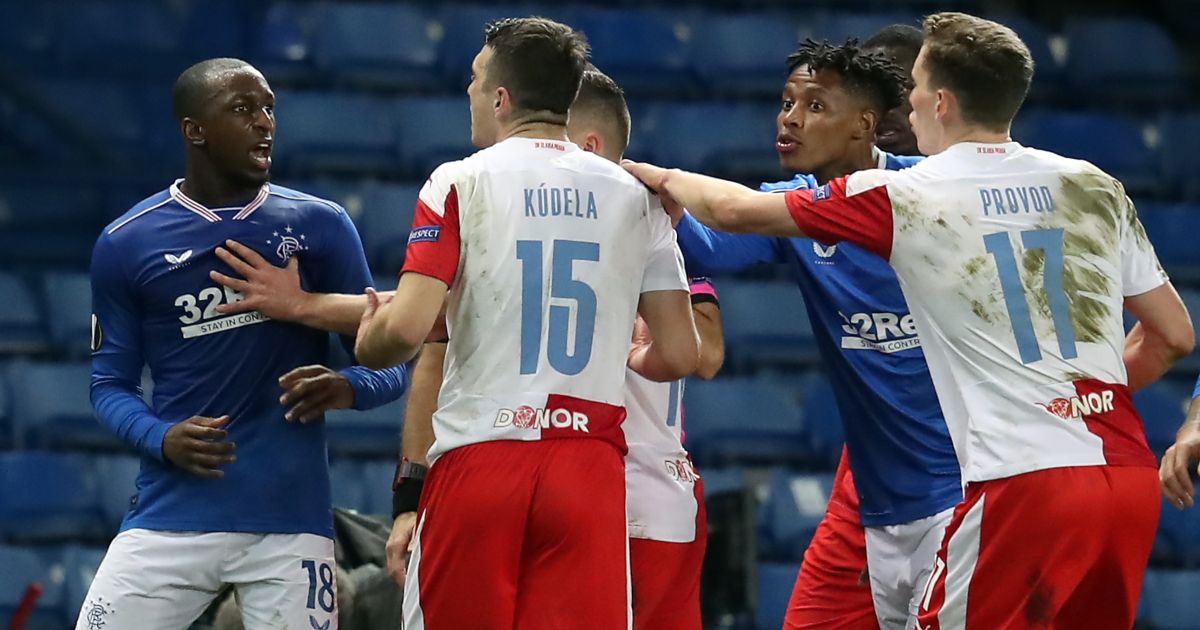 Slavia Prague defender Ondrej Kudela has been banned for 10 matches by UEFA after being found guilty of racist behaviour towards Rangers player Glen Kamara.

The Finn was incensed after Kudela whispered into his ear during a Europa League tie at Ibrox on March 18.

Kudela had been handed a provisional one-match ban over a lesser charge of insulting Kamara, and that ban is included within the overall 10-match sanction.

JOHNNY NIC: VAR is both salt in the wound and the knife that cut it

Kamara has also been banned for three matches after being found guilty of assaulting Kudela in the tunnel after the game.

The body’s full written reasons will be published at a later stage, and both sanctions are open to appeal.