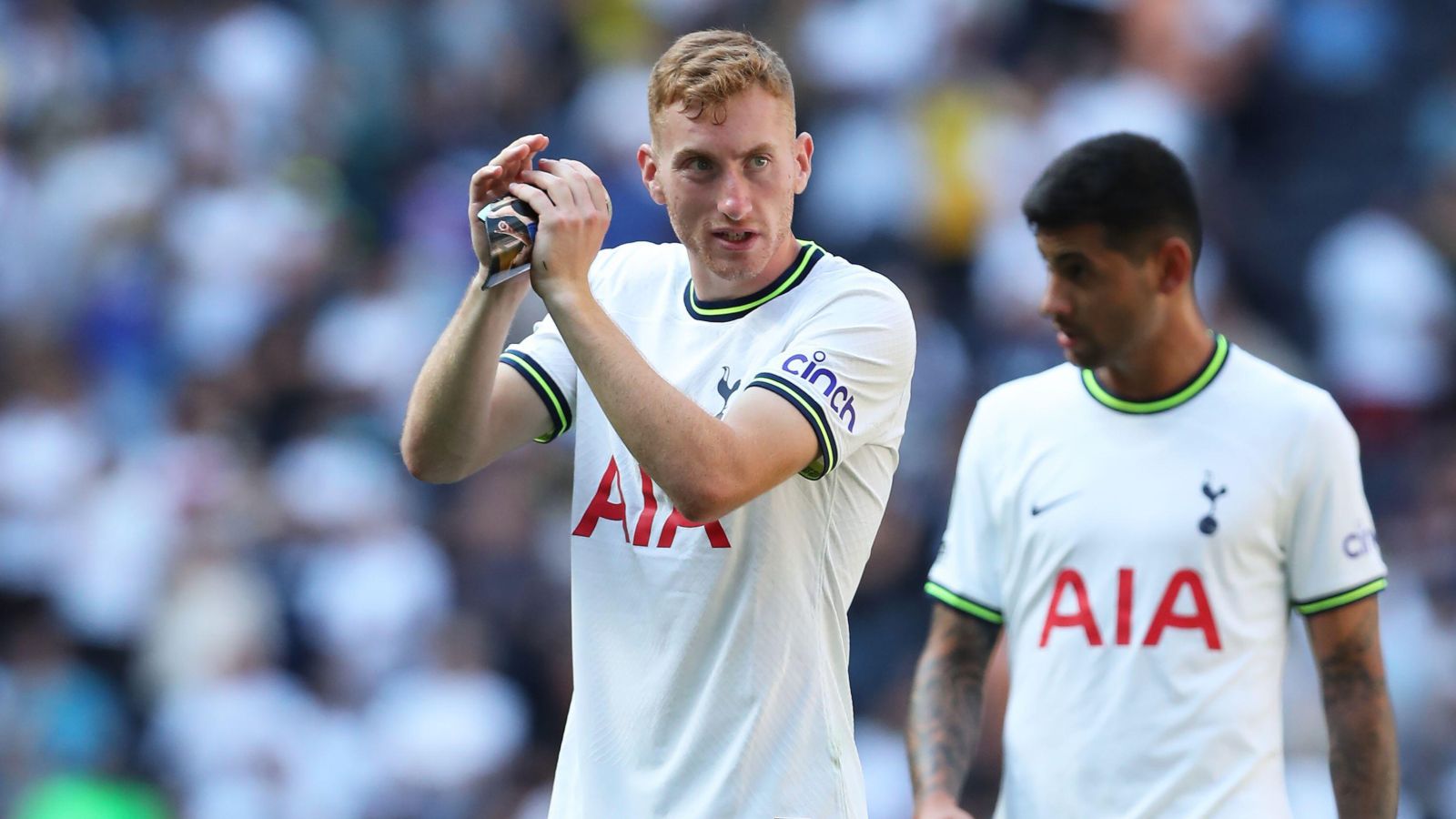 Dejan Kulusevski produced a dazzling display to help Tottenham defeat Southampton 4-1 in their Premier League opener, then promised to get even better.

The quality of the Swedish international helped Spurs respond quickly after going behind early on against the Saints with his fine left-footed cross able to pick out Ryan Sessegnon, who headed home the equaliser in the 21st minute.

Kulusevski continued to be tormentor in chief for the visitors throughout and concluded the scoring in the capital with a wonderful curled effort after 63 minutes to follow up Eric Dier’s first-half header and a Mohammed Salisu own-goal.

Boss Antonio Conte decided against starting any of the club’s six summer signings but the increased competition for places already appears to have had an impact.

“All my goals come from this area, or three or four metres back. I have to keep scoring these but also keep evolving my game and score different goals,” Kulusevski told Spurs TV.

“The players that came in are amazing, I think they will help us a lot and it is very important all 20 players are ready to play.

“For me, I have to grow. I have to get better in every way. I want to become a better football player so I have got to keep listening to my fantastic coach, be humble and keep living my dream.”

January arrival Kulusevski was a big reason behind Spurs’ strong finish to the 2021-22 season where victory at Norwich on the final day of the campaign earned fourth spot and qualification for the Champions League.

The Juventus loanee grabbed his sixth goal for the club in the emphatic win but the excitement and anticipation around N17 had briefly been halted when Saints skipper James Ward-Prowse fired the visitors ahead after 12 minutes.

Kulusevski said during his flash TV interview: “We are very pleased. It wasn’t an easy game, going behind at home isn’t nice but after we scored we could have scored a lot more.

“I love how this team is playing because we create a lot of chances and the fans are enjoying it. I like playing and I’ve missed playing. It is so nice to be back in front of the fans and the family and I really enjoyed it.”

Southampton manager Ralph Hasenhuttl was pleased his side did not “fall apart” after Spurs struck twice quickly after half-time to move 4-1 up by the 63rd minute.

The Saints fielded a young starting XI in London with former Manchester City youngster and summer recruits Gavin Bazunu and Romeo Lavia handed top flight debuts but the gulf in class between the teams showed at full time.

“It is frustrating but not completely surprising that if a situation like the two goals happen that this game can go in such a direction. I didn’t have the feeling we completely fall apart. There was still a structure at the end,” Hasenhuttl insisted.

“You have to be clear we play against maybe the best strikers in the world and if you have moments where you have to defend one v one, it is tough and this is nothing surprising for me.

“We had a good start. We were brave, we tried to play forward, we had some good moments and scored a good goal. Everything was going in our direction but then it felt the opponents switched into the next gear and it became comfortable.

“Yeah, strong side. They are playing for the Champions League and for titles. You can see they have strength throughout the team and still players like Richarlison, who has not played. There is quality everywhere.”