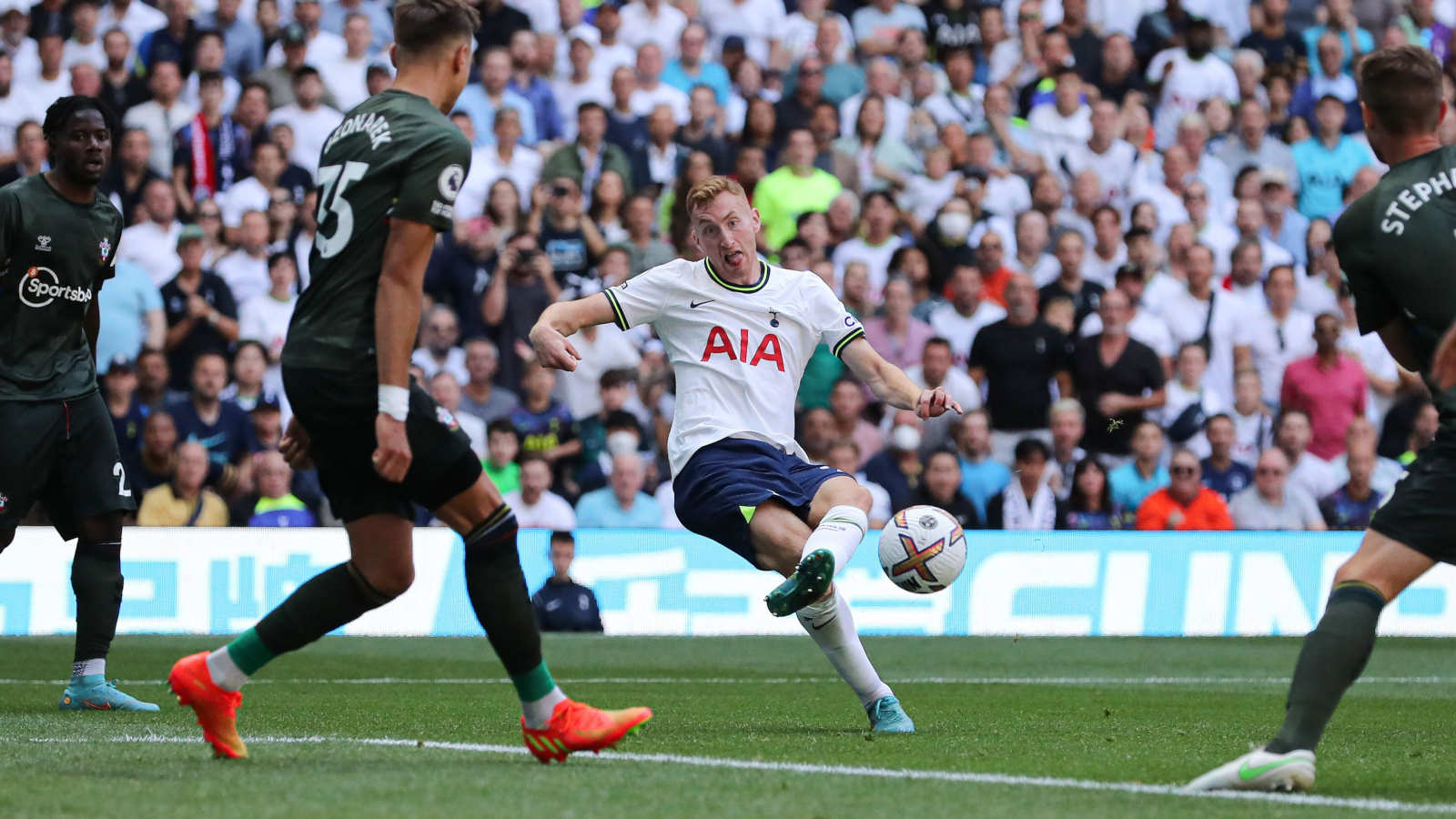 Tottenham star Dejan Kulusevski says he enters a “different world” when he plays after a brilliant introduction to life in England.

The Swede arrived in the Premier League in January from Juventus and had an instant impact, helping Spurs to Champions League qualification.

He has made more assists in that time than any other player and has also added six goals.

The 22-year-old was the catalyst behind Tottenham’s revival against Wolves with some surging runs, as they overcame a disappointing first half to win 1-0.

“I can attack the goal more for sure. Sometimes I’m just in a different world when I play,” he said.

“I feel so comfortable sometimes, so I just play and have fun. But (Antonio) Conte doesn’t want me to have fun. He wants me to kill the opponent in a sporting way.

“I feel very good. I think I can do better but the important thing is always to be humble, to work harder because we have a goal this season and I think we can do it.”

Spurs, who remain unbeaten this season, started poorly, just as they did at Chelsea last weekend, but found a way to win.

“Conte was angry but we were all angry at ourselves. Early in the game we didn’t wake up, we didn’t play good,” he said.

“We played a little bit with fear. We have to improve. We have a good team like we showed in the second half but we have to show that from the first minute. We have a lot of improvement to do.

Director Fabio Paratici is said to have pulled out all the stops in an attempt to lure Nicolo Zaniolo to north London from Roma.

Corriere dello Sport (via Sport Witness) claim Spurs were unwilling to pay Roma’s €50m asking price for the 23-year-old, who can operate as an attacking midfielder or on the wing.

The report states that ‘barring twists and turns’, Zaniolo is ‘destined to remain’ in Rome, with talks of a potential renewal with the Serie A side expected down the line.