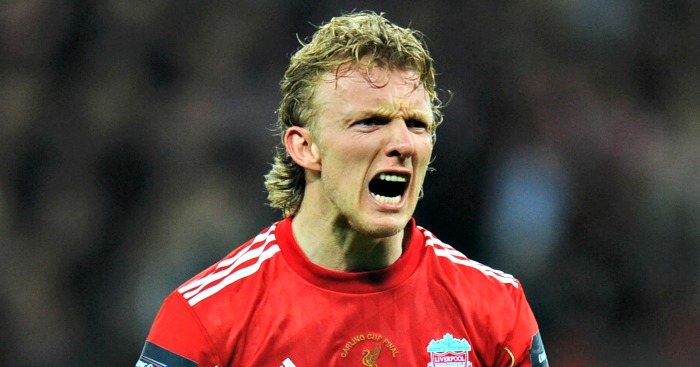 Dirk Kuyt is backing former club Liverpool to beat Manchester United at Old Trafford when they come face-to-face at the weekend.

The arch-rivals will meet on Sunday at 4.30pm with Ole Gunnar Solskjaer’s men looking to bounce back from defeat against Newcastle United and inflict Liverpool’s first loss of the season.

United have claimed just nine points from their opening eight games in the Premier League and are 12th in the table, 15 points behind Jurgen Klopp’s leaders.

“[There’s] a lot of rivalry between the two teams, I loved to play those kinds of games,” Kuyt told Sky Sports.

“It was always difficult, but we always had the belief that we were going to get something out of there.”

Liverpool‘s 4-1 victory in Manchester in 2009 was a rare away win in this fixture with Steven Gerrard and Fernando Torres helping Rafa Benitez’s side to the win.

United are unbeaten in nine of the last ten Premier League meetings at Old Trafford between the sides – but Kuyt thinks that the current Liverpool side “can win” there.

Kuyt added: “If you look into the Liverpool side now, I think they have a lot of confidence, and they should have because they are a great team,” he continued.

“I think they can win there.

“It’s a belief, and you always give everything for the shirt. Play as a team and never give up. That’s what we did at the time.

“If you watch the Liverpool team now, they never give up, even in difficult times they’re winning games, they keep winning and hopefully they will do at Old Trafford as well.”