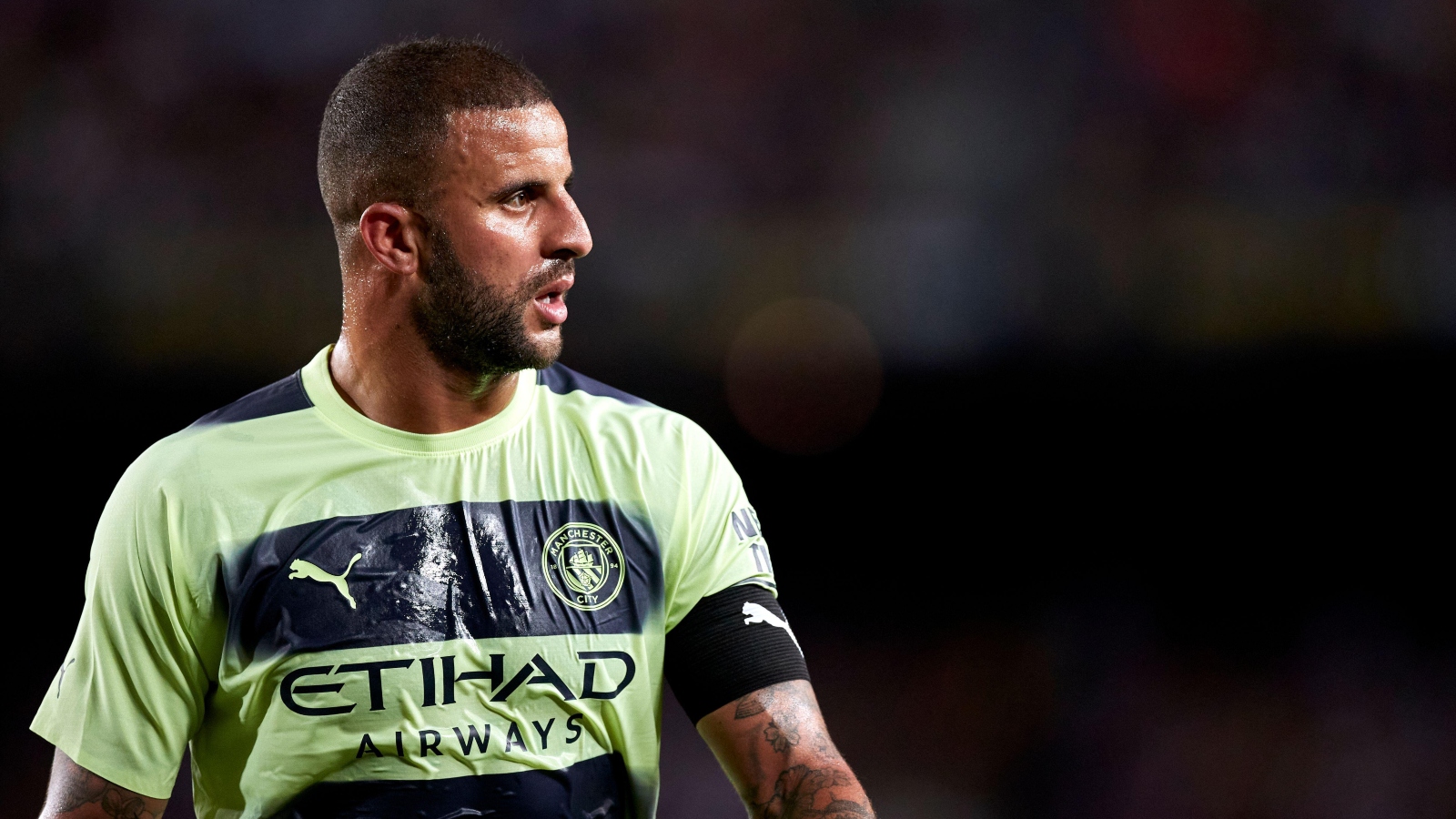 The Manchester City right-back has his eyes set on World Cup glory with England after returning from injury just in time for the tournament.

A regular starter in the last three major tournaments, it looked like the 32-year-old could be watching the tournament in Qatar from afar due to a persistent a groin complaint.

Sustained in early September when Manchester City played Aston Villa, Walker aggravated it on England duty against Germany and the derby clash with Manchester United on October 3 proved the “final straw”.

“It was a rupture on my groin,” the 70-cap full-back said. “I got four hooks on my groin, and I did three repairs, but it’s going fantastically well. I’m really happy with it.

“Everyone seems to be happy with it, we kept in close contract with the surgeon, with the medics at City and also with here.

“I just have to say a big thank you to everyone for giving me this opportunity to actually be here.”

Rehabilitation has been bit of unknown given Walker has largely avoided injuries during a career that has been underpinned by a philosophy of ‘I’ll never be beaten’.

“That’s just been my life,” he said. “Everyone in some way, shape or form, writes me off or says certain things.

“When I signed for Man City, ‘I can’t believe they paid that much for a full-back’, X, Y and Z. It gives me that motivation to actually go and prove people wrong.

“Again, I have to think first and foremost of myself and make sure that my body is fine and can cope with that and secondly it is proving people wrong which I love to do.”

Walker says he is driven to succeed for himself and loved ones rather than proving people wrong, and believes some tough times growing up in Sheffield helped shape him.

The right-back said where he grew up “you had to survive” and stunned reporters when he spoke about the worst things he saw.

“The fire (at a neighbour’s house) was bad or someone was hung on the stairs I was going up,” he said. “Them two were probably the ones that stick in my mind.”

Walker was 12 or 13 at the time and did not see the body as the police had cordoned off the area next to his house, but he did witness the arson attack that cost a life.

READ LATER: World Cup: Six stars in Qatar who could have played for Gareth Southgate’s England

“Someone just chucked petrol through the door… and chucked a match in and that was it,” he said.

“The kids got out. The caretakers caught them on some blankets.

“The mum threw them out. The mum was a biggish lady and she couldn’t get out.”

Walker’s voice trailed off when recalling the kind of horrors he said no-one should experience but moulded him into the person he is today.

“I think your path is written out for you to experience certain things in life I’ve had to go through,” he said.

“Certain set-backs, certain doubts and highs as well, which I have achieved at Manchester City.

“I feel that your path is written out for you and what will be will be.”

That path, he hopes, will lead this group to becoming the first England men’s side since Sir Alf Ramsey’s World Cup heroes in 1966 to win a major trophy.

“To win this is the biggest prize of all,” Walker said as England look to build on the 6-2 win against Iran by beating the United States on Friday.

“No England team has done it since 1966 so to win this World Cup for every one of us would mean the world.

“We are not just doing it for the 26-man squad and the staff that help us daily.

“We are doing for you guys and the fans who have travelled and spent their hard-earned money to get out here and hopefully when we get back we have done it for everyone there.

Walker says England have “earned the right to have more expectation” with recent tournament performances and certainly believes in his team-mates, whose international qualities he praised to the hilt.

“These players are not as what we’ve seen growing up from the England team, where it’s about you wear your heart on your sleeve and you go out and your hard work gets you through the games.

“Obviously that’s no disrespect to any of the players – Wayne Rooney, Joe Cole, David Beckham… these players had an array of talent but probably not as much talent as what these have got.

“It’s a joy that the English game is actually developing in that way.”

READ NOW: What does Kai Havertz actually do? And how is Roberto Martinez still bossing Belgium?