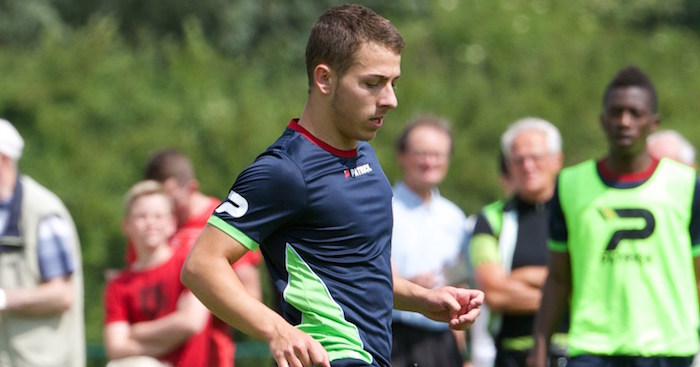 Kylian Hazard, the younger brother of Eden Hazard, has completed a move to Chelsea from Hungarian side Ujpest.

The attacking midfielder will be added to the Premier league champions’ development squad and could make his debut in their fixture against Sunderland on Saturday week.

The 22-year-old began his professional career in his native Belgium, where he played for White Star Brussels and Zulte-Waregem.

He moved to the OTP Bank Liga in 2015 and made 42 appearances for Ujpest.

Kylian is the third Hazard brother to join Chelsea after Thorgan – the middle of the three – spent 2012 to 2015 at Stamford Bridge, although for virtually all of that time he was loaned out.