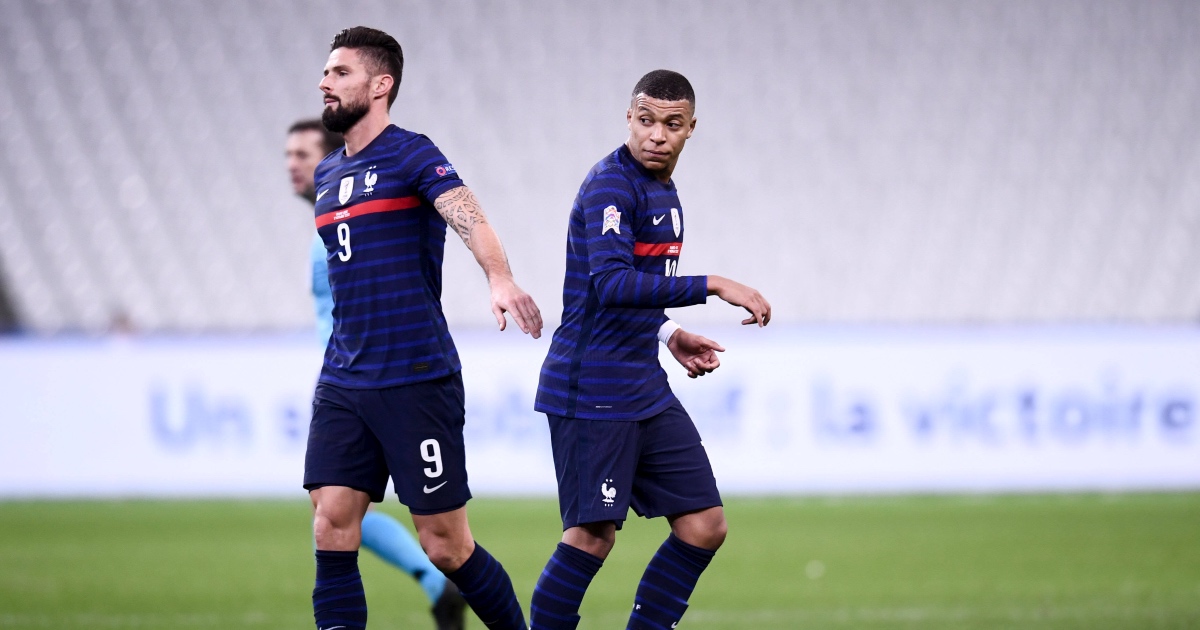 Kylian Mbappe has broken the silence following his argument with France teammate Olivier Giroud after the Chelsea striker took aim at his compatriot.

Giroud spoke out after France’s 3-0 win over Bulgaria last week in their warm up game for Euro 2020, hinting that Mbappe was purposefully keeping the ball away from his teammates.

He said: “I was a little quiet because, sometimes, I made runs and the balls didn’t come to me. I am not saying that I always make the best runs, but I am seeking to offer solutions in the box.”

Giroud’s comments reportedly caused a lot of unrest in the France camp with Mbappe said to be ‘furious’, but the PSG striker has finally had his say.

Mbappe spoke in his press conference ahead of France’s clash with Germany in Munich as they play their first game in group F on Tuesday.

He discussed his displeasure at the way in which Giroud took such a public approach at criticising him, but insisted that it will not impact France as they try to win back to back major tournaments.

He said: “I spoke with Olivier Giroud. Everyone knows what happened. It is true that I was a little affected by it,

“But we are not going to make a big deal about it because we are here to represent France, that is the most important thing.

“He expressed a feeling that I have had 365 times during a match.”

Both players are fit and available for Tuesday’s clash with Germany, but it is believed that Giroud is unlikely to play despite edging within five goals of Thierry Henry’s all time goal scoring record for Les Bleus.

With Karim Benzema back fit he is expected to lead the line with star man Kylian Mbappe all but guaranteed a place in the starting 11.