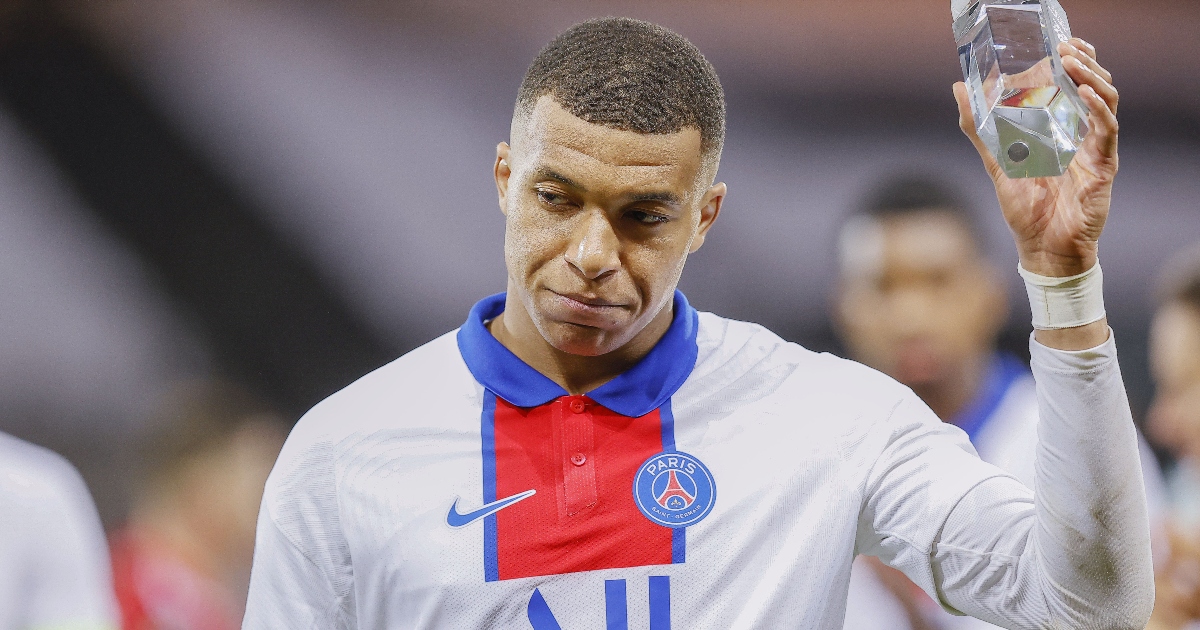 Kylian Mbappe has reiterated his desire to leave Paris Saint-Germain next summer in a meeting with Mauricio Pochettino.

Mbappe, 22, is thought to have told PSG last month that he wants out and Marca now claim he has confirmed this decision to Pochettino.

The Frenchman’s contract is set to expire in a year’s time, and although he has made it clear he will not force an exit before then, he has no intention of renewing.

FEATURE: Ignore baseless opinions, Varane could be signing of the season

Mbappe is not convinced by the plans of sporting director Leonardo, who has secured the transfers of Achraf Hakimi, Sergio Ramos, Gianluigi Donnarumma and Gini Wijnaldum so far this summer.

After winning three Ligue 1 titles and three Coupes de France, he feels it’s time for him to join a club where he has a better chance of lifting the ultimate prize – the Champions League.

Such news will no doubt be welcomed by clubs such as Liverpool and Real Madrid, who have been linked with Mbappe in the past.

Real, in particular, have expressed a strong interest, making Mbappe their top priority for this transfer window.

“I know that Mbappe asked to leave, but it is complicated because first you have to find a club that has the money to pay him, but the news is that he really does not want to stay,” RMC Sport journalist Daniel Riolo said last month.

“The player does not believe in Leonardo’s project. If he does not leave this summer, it will be for free next season. And in Doha [PSG’s owners] they do not want to hear about it.

“If Mbappe expresses this desire to leave, it means that he will have to find a club and that PSG will need to look for a replacement.

“But yes, the news is that Mbappe does not want to stay at PSG.”

Nicolas Anelka feels a departure is necessary for Mbappe if he wants to win the Ballon d’Or.

“If you want to win the Ballon d’Or, which is what you should be looking at to echo Cristiano Ronaldo and Lionel Messi, you will have to compete with the best,” he told The Athletic.

“You can’t say you compete with the best all the time when you are at PSG. The French league is not easy, don’t get me wrong, but I think the toughest league is in England.

“So, if you want to be one of the best, then do what you do in Paris but with Chelsea or United or Arsenal or Manchester City or Liverpool. Or go to Spain to Madrid or Barcelona. Or maybe Italy. Then we can speak about a more global impact.”