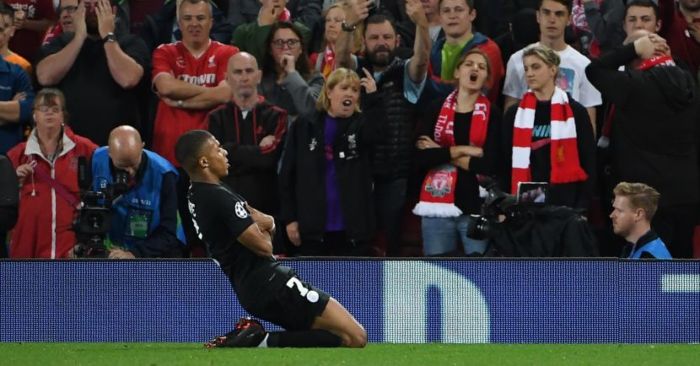 It was August 2015; Chelsea had opened their title defence with a 2-2 draw at home to Garry Monk’s Swansea a week prior. The Premier League champions had signed Nathan, Asmir Begovic and Danilo Pantic for a combined £13.75m, and were a day removed from more than doubling that outlay with the arrival of Abdul Baba Rahman. Pedro, Kenedy, Papy Djilobodji and Michael Hector would join by the end of the month.

Jose Mourinho’s fear was as palpable as it was understandable. The Portuguese, with his two European Cups and three Premier Leagues, had seen first-hand the dangers of taking a breather while those behind tirelessly continued the race. He wondered out loud whether Chelsea could afford to rest on their laurels considering how many teams would “react” against a side that had topped the table from the first week of the season through to the last.

More from Planet Sport: Wimbledon 2019: Stories and sub-plots to watch for ahead of the tournament

He had forecasted a storm entirely of his own creation, of course. Mourinho was the chief architect of Chelsea’s lowest Premier League finish in 20 years, despite being taken off the project as early as December. But his and their plight was a prime example of the conundrum every champion faces: how do you use the transfer window to stay atop the summit?

Some take a novel approach. Manchester United bought Mark Bosnich, Quinton Fortune, Massimo Taibi and Mikael Silvestre in the summer after they won the Treble, pouring quicksand upon solid, stable foundations. Borussia Dortmund had followed success over Juventus two years earlier with just one signing for a fee: Harry Decheiver, who played eight Bundesliga games before leaving. Liverpool’s most expensive purchase after conquering the continent in 2005 was relegated Southampton striker Peter Crouch.

Others embrace their new reputation and status. “It’s true we want to rejuvenate the squad and we still have all of August,” said Real Madrid’s sporting director Jorge Valdano in 2002. Bayer Leverkusen had been beaten at Hampden Park three months earlier, yet Los Blancos already had their eye on La Decima. They had established themselves as the best but were striving for even better. Their expensively assembled cake had room for a mouthwatering cherry.

Real made just one signing that summer, completing it hours before the deadline. But Ronaldo was absolutely worth the wait. “It is a happy day for Real Madrid and we are very satisfied to have signed one of the most important players in the world and contribute to the prestige and spectacle in the Santiago Bernabeu,” Valdano gleefully told a hastily arranged press conference.

It was a match made in heaven: a beautiful union between newly-crowned European and world champions, superclub and superstar joining forces. There was a sense of natural progression for both, of paths organically converging.

The same cannot be said for Liverpool and Kylian Mbappe almost two decades later. The scenario is roughly similar, the Champions League winners being linked with one of the game’s absolute best forwards, a player who has just dominated a World Cup, and whose immense ability might be better served at a different club. But this is more of an awkwardly arranged marriage than a genuine love.

This is speculation based on tenuous interviews, Instagram activity and innocuous photographs, fueled by a fanbase both eager not to miss out on the transfer fun and desperate for their first tangible taste of glory in some time not to be their last.

Not that it wouldn’t make sense. There is a reason Jurgen Klopp approached the 20-year-old in the summer of 2017. Mbappe’s blend of youth, skill and confidence would provide Liverpool with an extra dimension, while his appetite for personal improvement would have been satisfied by the German. It would have been fascinating to watch his development under a coach that has inspired match-winning performances from Divock Origi and taken countless others beyond their potential.

But context is key. The transfer record would have to be smashed, the wage structure shattered, the dressing room disrupted. Liverpool would be ignoring everything they have learned on this journey almost as soon as they have arrived at their wonderful first destination.

To follow grand success by immediately embarking on a vanity project is not their style. That is the calling card of Real Madrid, a club to whom constantly flexing their muscles in public has become an obsession. Liverpool are happier to work out quietly and efficiently while letting others enviously admire the results. Of course the former signed a generational talent straight after winning the Champions League, but it would feel bizarre if the latter followed suit.

The logic is that the best teams should always target the best individuals; Real reigned supreme yet still crowed about bringing in “one of the most important players in the world”. A Champions League trophy is a unique opportunity, opening doors that were previously locked. But Liverpool should resist the temptation and keep them shut.

The arrival of Sepp Van Den Berg, a 17-year-old whose talent can be moulded and refined slowly, feels like a more natural route to take than adding an overpowering ingredient to their first-team recipe.

The instinctive reaction would be to use this rare position of power and influence atop the European mountain to strengthen further, to pursue deals that would otherwise be impossible rather than improbable, to “react” before others have the chance. Liverpool would not be the first champions to do so, nor the last. But standing still might be preferable to taking a giant stride on Mbappe and potentially losing their footing. The gamble is not worth the risk.