Home Mediawatch Mbappe to Liverpool, ‘hypocrite’ Klopp and other nonsense

Mbappe to Liverpool for £400m might make FSG 'blink'? You think? 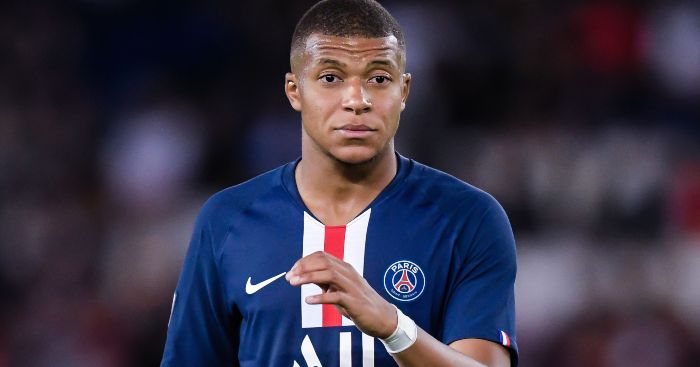 Quote unquote
Eyebrows were raised when we saw the back page of The Sun claiming that ‘Frank Lampard labelled Jurgen Klopp a hypocrite for criticising Chelsea’s spending’. Why? Because if you use the word ‘labelled’, we would expect a direct quote, and at no point has Lampard used the incendiary H word. But then we put our eyebrows back where they belonged and decided we were being pernickety; after all, there were no quote marks.

But then we opened the Sun website and saw the headline:

He really f***ing didn’t. Quote marks really should be reserved for quotes.

Blink 400
Also on the back page of The Sun: ‘KYLIAN MBAPPE will spark a £400MILLION war between the Manchester giants, Liverpool and Real Madrid.’

Quite aside from the fact that Kylian Mbappe will not command a £400m fee (sorry, £400MILLION) – they have simply guessed at a figure and added an estimated salary over a predicted number of years – there is the small matter of there being literally no chance that any of those Premier League clubs will pay that kind of money when their current transfer records stand at under £100m.

We are told that ‘City, United and Real will not baulk at such a staggering outlay’, even though Pep Guardiola recently said that Jack Grealish was “too expensive for Manchester” and United are currently trying to knock Borussia Dortmund down below £100m for Jadon Sancho.

At least Ken Lawrence concedes that ‘Liverpool’s owners FSG will blink’. You think?

You live, you learn
The Daily Mirror are all about the learning and after a weekend of Premier League football, they claim to have learned four things. Let us walk you through the first and presumably most important:

‘JUST LIKE in his playing days, nothing gets past Sam Allardyce.’

‘True, the Egyptian had already scored twice against the shakiest defence Anfield had seen for a while when he made his bold prediction, but he turned out to be spot on.’

Oh wow. So the prediction of a third Salah goal actually came after he had already scored twice in the first 33 minutes? ‘Bold’? Truly bold would have been to predict no more goals at all.

And that is what you learned from six Premier League games? That Sam Allardyce can predict a third goal from a penalty-taker who had already scored twice in 33 minutes? You might want to switch schools.

Feel the fear and do it anyway
Of course, there is little sign of such red-hot content on the Mirror website, where Jake Polden and his turtleneck are all about the clicks.

Now you might ask why Ole Gunnar Solskjaer was even talking about Paul Pogba after a friendly defeat to Aston Villa which the Frenchman missed after contracting coronavirus, and you would be right to ask such a question.

Of course, the answer is that he did not speak about Pogba at all but praised new signing Donny van de Beek thus:

“Donny was maybe the biggest plus outfield. He’s such a finder of space and creates time for himself with his timing and movement. I was very happy with his performance.”

Which apparently ‘confirms Rio Ferdinand’s fears about Paul Pogba’ moving out of position to accommodate the Dutchman. Of course it bloody does.

Young guns are having some fun…
The Sun have clearly got young England players in their cross-hairs.

And next comes Phil Foden, who ‘tried to arrange to meet another woman at a hotel behind his girlfriend’s back while on England duty’.

It takes seven paragraphs before it is made clear that the ‘England duty’ in question was actually in September 2019, when Foden was with the England Under-21 squad in Turkey.

Quite why this is in the public interest is unclear; the only person this actually concerns is Foden’s girlfriend. And judging by the message she allegedly sent this particular girl – “Don’t worry, you’re not special. He’s been doing this with other girls” – it seems she is more than aware that the father of her child is not the faithful kind.

She may be entitled to put the man’s balls into a vice but we are pretty sure that messaging a woman while on England Under-21 duty a year ago would only be considered news if you have an agenda.

Speaking in tongues
Arsenal won quite convincingly at the weekend so you might think that Martin Keown would be full of praise for coach Mikel Arteta. But while Keown is clearly impressed with the Spaniard, he has one quibble:

“Arteta talks in four or five different languages. That would worry me because I’d like to hear some of it in English if I was an English player. [Arsene] Wenger said ‘one language, a common language’.”

‘Some of it’ is in English, Martin. One of those languages is English.

“Nonetheless, he’s a fantastic communicator and he’s getting that message across.”

Yes. In spite of being able to speak all those languages, he is getting his message across. Phew.

“And when you do talk a lot, as I am now, you’ve got to get results because people stop listening.”

‘Belgians come up trumps to kill off battling Baggies’

‘WHEN Slaven Bilic invited Brendan Rodgers to share a drink with him in his office after this defeat, you can bet he did not offer him a Belgian beer!’

Was there not a point – perhaps after Jamie Vardy had scored the second and third goals of the game – when The Sun wondered if they had slightly overplayed the Belgian element of Leicester’s win?

Rates
Only the Daily Mirror‘s John Cross could write that James Rodriguez ‘shone with his superstar quality’ and then award him 7/10.