Home F365 Features The Kylian Mbappe saga will be back again in three years; Real and PSG will demand it 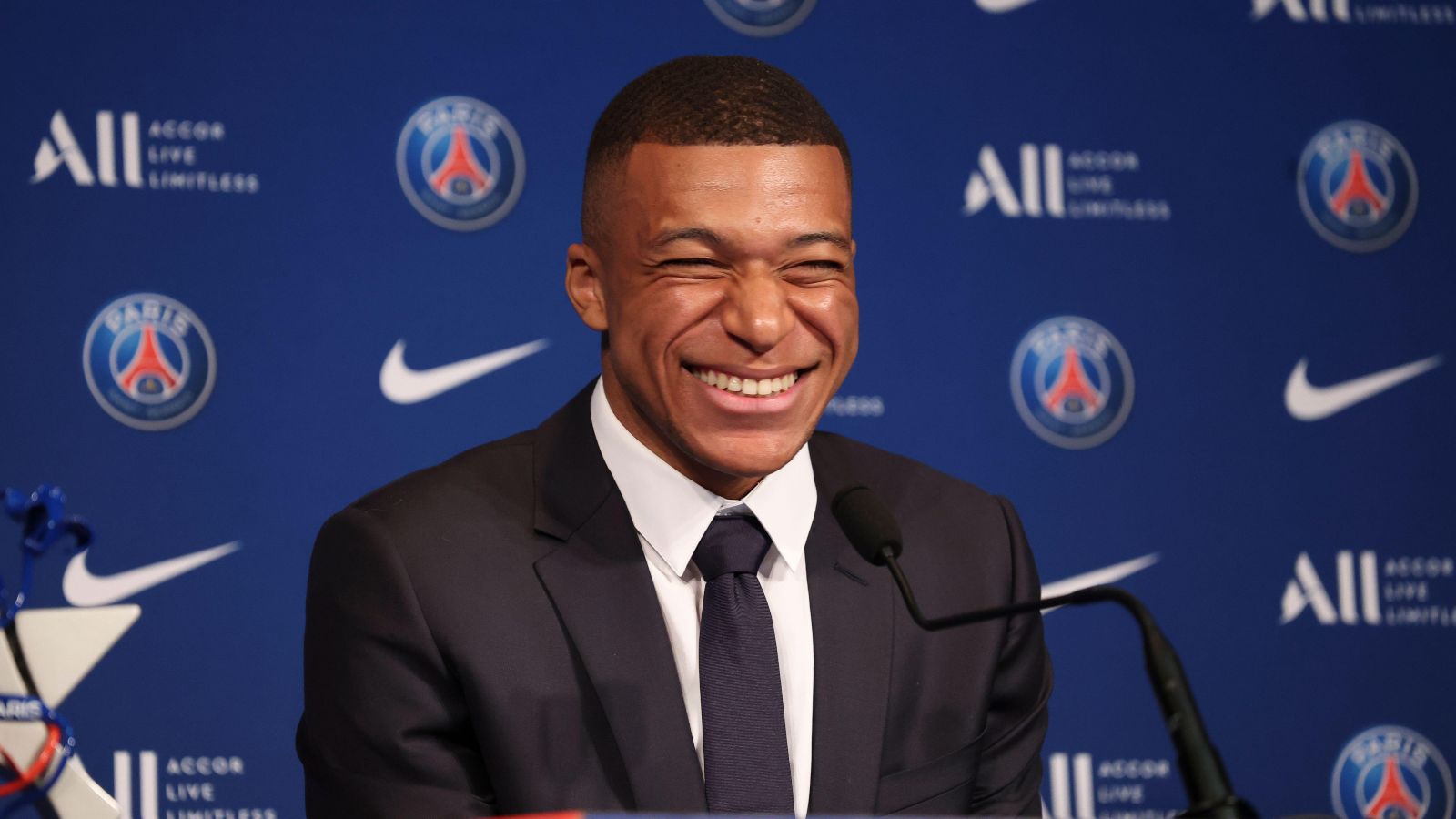 Kylian Mbappe has ‘committed’ himself to PSG but really, he has only committed himself in the very short term as he keeps Real on hold.

Dating all the way back to the summer of 2019, two years after Kylian Mbappe’s initial arrival at Paris Saint-Germain, Real Madrid simply knew they had to get him to the Santiago Bernabéu. That had already become Florentino Perez’s long-term obsession but, as he unveiled Eden Hazard to an expectant and impatient crowd after his signing from Chelsea, there were signs that his and the club’s power was waning.

The Madridistas – never shy in forcing their opinions – were not entirely welcoming to Hazard. On the surface, the Belgian was Chelsea’s and the Premier League’s star attraction, the sort of player Madrid needed to sign at his peak, especially with Cristiano Ronaldo having been gone a year. But he was already old news to some – a victim of Ronaldo’s dominance of the world stage alongside Lionel Messi like many others, Hazard never truly enjoyed the limelight as much as he may feel his talent deserved. Even as their stars faded, Mbappe’s was rising; Perez had built a reputation as the man who delivered any player he felt the fans wanted, but a year out from an explosive World Cup showing, the precocious Frenchman was nowhere to be seen and he had to put that right eventually to save his status.

Last week, as Perez made his way into the Madrid dressing room to inform the players that their latest bid to sign Mbappe – the one everybody had long assumed would be successful – had failed, he must have felt the pressure even more. Out of contract this summer, the 22-year-old held extensive talks with the Spanish champions – just as he did in 2017 before eventually signing for PSG. The manner of the Champions League defeat to Madrid earlier this season, in which Mbappe had looked to have single-handedly helped his side progress before the first of three rather impressive fightbacks led by Karim Benzema, helped Los Blancos on their journey to the brink of a 14th crown, was the last straw in the eyes of many. Mbappe, after all, has made no secret of his Madrid fandom as a 14-year-old, when he was pictured in his bedroom engulfed by posters of Ronaldo.

And yet, Mbappe has known for a week that he will remain in Paris. The new contract is not down to money, because both PSG and Madrid had offered the same eye-watering terms; he is reported to be earning around £4m per month, plus a £127m signing-on fee.

Dressed in a sharp suit and effortlessly flitting between French and English in front of the world’s press at the Parc des Princes on Monday, Mbappe spoke about wanting to write more chapters in the country of his birth, which he doesn’t yet feel ready to leave. He thanked Madrid, Perez and their fans for their support and openly stated that their relationship was good, but the mood in Spain will be less than jovial and his words will mean very little. Madrid have been humiliated here, and just weeks after Erling Haaland opted to join Manchester City.

It is easy to see why some people believe there is a shift in power, and a rather dark one, towards state ownership, given that the next two superstars expected to dominate for a decade have committed their futures to such projects. But Mbappe was hardly overtly committal, hoping to keep the line to Madrid open. The fact he will be 25 when his new three-year deal expires and this whole circus will restart again, and how he talks in terms of not yet closing the book on PSG (without denying the end is in sight) suggests a long game is being played. That will suit Madrid just fine, even if it doesn’t feel like it right now.

There is no denying this is a huge win for Nasser Al-Khelaifi and PSG, but it won’t solve the core problem the now-11-year-old Qatari reign has consistently suffered. They are hellbent on winning the Champions League success; winning Ligue 1 will never be enough and could even be taken for granted despite Lille usurping them domestically a year ago. Leonardo’s exit as sporting director and Mauricio Pochettino’s imminent departure are proof of that. But there is no cohesion, no long-term planning and very little identity beyond some world-class footballers wearing some expensive, smart, Jordan-emblazoned stadium jackets. Paris is a hotbed of local talent; PSG’s academy doesn’t get the attention it deserves, and scores of young footballers are being turned away and thriving elsewhere as a result, when they should be embraced. But money, branding and appearance is central to PSG’s grand plan, and although Mbappe himself perhaps represents a bridge between two ideologies, he alone will not drive change. He could be a catalyst, but much more work needs to be done. As of yet there is no evidence of a desire to do that.

Mbappe has become objectified throughout; attaining him became a source of pride for Madrid, key to their standing as the transfer kings. For PSG, keeping him was exactly the same. In many ways, it was a culture war: old vs new, history vs money. Of course, it is far more nuanced, but speculation about Mbappe receiving powers including a say on appointments and strategy has spread. As dangerous a precedent as that may be, only the confirmation would feel out of place. With fees and wages escalating at an alarming rate, clubs need to find different ways of keeping star players happy; Mbappe has denied these powers, but the reality is, many others yield incredible power.

This is apparently the deal that shocked football. Mbappe is arguably the best player in the world right now, but PSG have to build on his decision to stay in the long term. All of their issues remain, while Madrid will not disappear from their nightmares either. The truth is, this is more a sad indictment of the modern game, another example of the raging war of the elite and the increasingly desperate lengths they will go for one-upmanship. But it is hard to see the forethought from anybody involved, and we’ll all be back discussing this saga again soon enough.