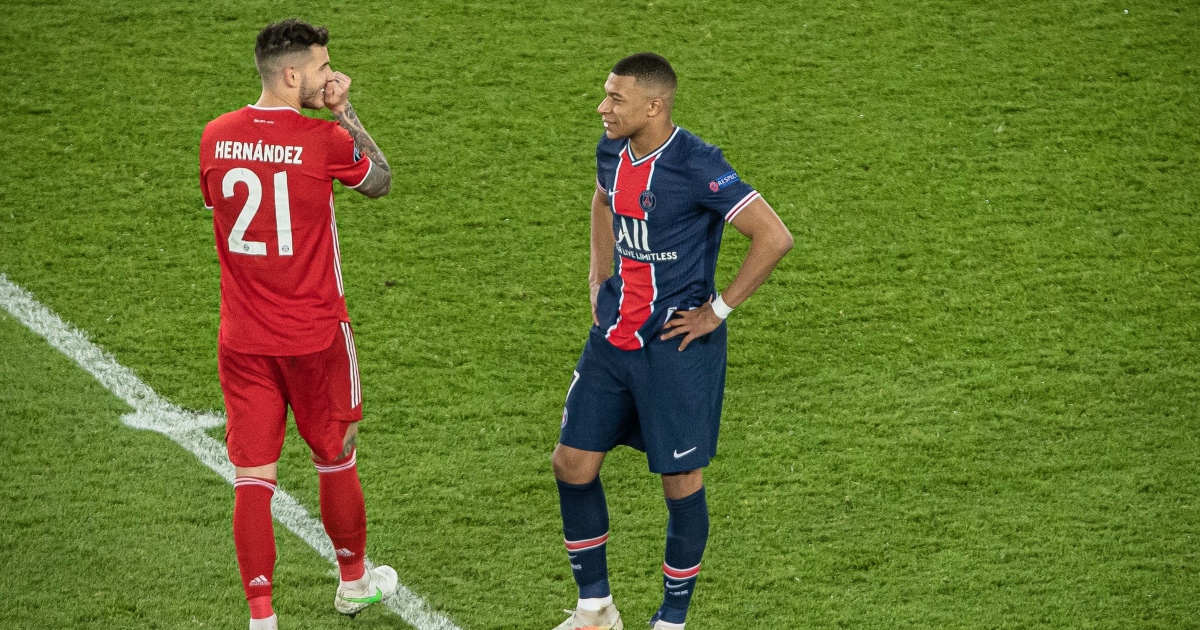 Kylian Mbappe has revealed that Lucas Hernandez has been trying to convince him to join Bayern Munich.

The pair are both currently preparing for the Euros with the French national team and Hernandez has been doing his best to convince Mbappe to join him in Germany.

Mbappe has gushed about the quality of the German champions in a recent interview, but remains coy about his future amid swirling rumours of a move to Real Madrid.

The PSG star told German magazine SportBild about his conversations with his compatriot and also about his admiration of Bayern.

He said: “Lucas Hernandez told me that I should come to Munich to play for Bayern.

“Bayern is one of the five best clubs in the world. One can only congratulate them on how they manage to keep the quality in the squad every year. They just know what they’re doing.

“Now [Jerome] Boateng and [David] Alaba have left, but [Dayot] Upamecano, who is an excellent defender, came in. They have a clear concept that makes them a great club.”

Mbappe has become one of the most sought after assets in world football and his comments about Bayern will stir more mystery into the transfer pot as he remained open minded on his future.

He said: “In football, you never know what’s going to happen. But I am currently very happy as it is.”

Despite the ambiguity coming from the Mbappe camp, the PSG president Nasser Al-Khelaifi has vowed to ‘never sell’ the 22 year old in a recent interview with L’Equipe.

He said: “I will be clear, Mbappe is going to stay in Paris, we will never sell him and he will never leave on a free (transfer). Mbappe has everything he needs in Paris.”

Mbappe managed to score 42 goals and register 11 assists in all competitions for the French giants last season and would be a massive loss to the Parisians if he were to leave the club.

However both Mbappe and Hernandez are currently focused on their international duties as they prepare to try and win Euro 2020 with France this summer.