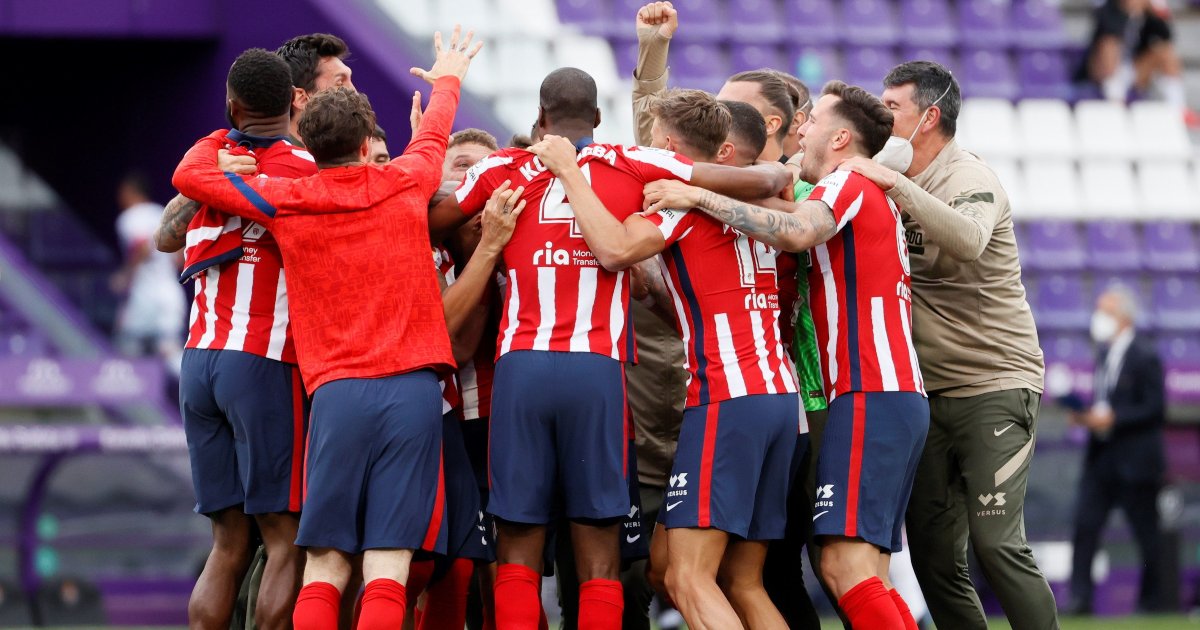 Atletico Madrid were crowned La Liga champions for the first time in seven years after holding off the title challenge of city rivals Real by coming from behind to beat Real Valladolid 2-1.

Victory for the visitors relegated Valladolid and proved vital as defending champions Real – who needed to beat Villarreal to stand any chance of snatching glory – also overturned a deficit to win 2-1, courtesy of late goals from Karim Benzema and Luka Modric.

Atletico, who finished two points clear of Zinedine Zidane’s men at the summit, went into the weekend in pole position but faced a Valladolid side desperately seeking points in the scrap for survival.

Simeone’s men could barely have suffered a worse start as they fell behind to a swift counter-attacking goal inside 18 minutes.

After an Atletico corner broke down, Shon Weissman set the move in motion and, following a nice touch from Toni Villa and Marcos Andre’s through ball, Plano ran from inside his own half to beat Jan Oblak at his near post to blow open the title race.

Valladolid’s breakthrough brought a wag of the finger from Simeone and his displeasure undoubtedly continued as his side failed to level before the break.

The Rojiblancos would have been encouraged to see that Real Madrid were also 1-0 down at the interval and their position improved 13 minutes into the second period. 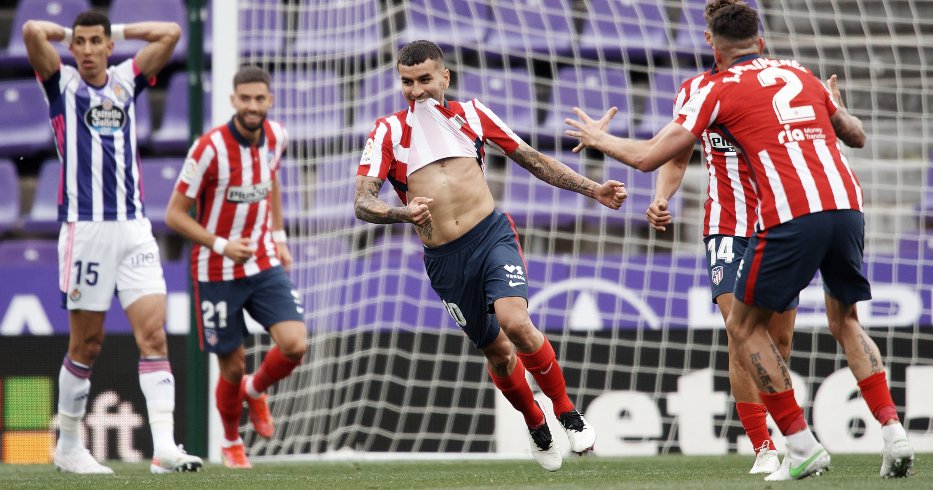 Just after Real striker Benzema had a goal disallowed for offside in the other game, fleet-footed Argentinian Correa danced past two opponents on the edge of Valladolid’s box before nonchalantly poking into the bottom-right corner to level.

Sloppy play from the hosts sent former Barcelona man Suarez clear on goal and he kept his composure to claim the 21st league goal of a fine maiden season in the Spanish capital, sealing Atletico’s 11th La Liga title and first since 2014 in the process.