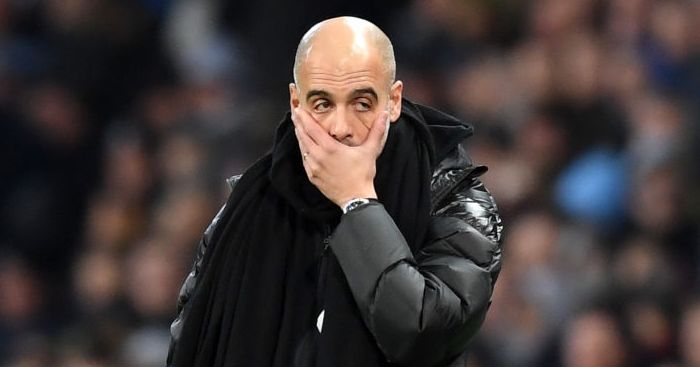 LaLiga president Javier Tebas has praised UEFA for taking action against Manchester City after the Premier League club were handed a two-year ban from European football.

City have been barred from UEFA competitions for two seasons and fined 30million euros (£24.9million) after being found to have committed “serious breaches” of financial regulations.

The reigning Premier League champions have said they will appeal against the punishment through the Court of Arbitration for Sport.

But Tebas, who has been critical of City’s spending in the past, is happy to see the European governing body use its clout.

“UEFA is finally taking decisive action,” he tweeted. “Enforcing the rules of financial fair play and punishing financial doping is essential for the future of football.

“For years we have been calling for severe action against Manchester City… we finally have a good example of action and hope to see more. Better late than never.”

Former City forward Rodney Marsh has speculated that owner Sheikh Mansour could walk away from the club if the ban stands.

“If this decision is upheld it would not surprise me to see owner Sheikh Mansour sell the club,” he tweeted.

“He has been superb for City and this is a huge kick in the balls….. I wouldn’t blame him.”

Another former City player, Michael Brown, disagreed and insisted the club would “come out fighting”.

“They’ve been honourable how they’ve gone about it, as usual like Manchester City. This will be a shock for them but it will be something that they’ll come out fighting.

“The owners aren’t here for the short term, they will take it on. If any owners will take this adversity, it will be these.”

Should City’s appeal fail and they finish in the top four of the Premier League, their Champions League place for next season would pass to the fifth-placed team.

That would put Leicester, currently one place behind City in third, in an even stronger position to qualify for the Champions League, but boss Brendan Rodgers insists his focus remains firmly on his own team.

“It doesn’t make much different to us,” he said after Friday night’s draw with Wolves. “Our focus is to finish as high as we can. These players have been amazing, they have done absolutely brilliantly. but we have a lot of work to do. We have to keep pushing and working.”

Ex-England midfielder Paul Ince predicted that the implications of the ban could be far-reaching and influence whether manager Pep Guardiola remains at the club.

“Manchester City are one of the biggest clubs in the world,” he told BT Sport. “The best players want to go to the best clubs because of the Champions League. If they’re not in it for the next two years, are they going to be able to get the best players?

“For Pep, they’ve got to win it this year. If they’re not in it for the next two years, the question is what Pep’s going to do and what players they’re going to be able to attract.”

England rugby union head coach Eddie Jones – an admirer of Guardiola – told Sky Sports: “He’s an outstanding coach. You just look at the way he affects the teams he plays. You can tell when they’re coached by Pep and I’m sure he’ll be disappointed by this.