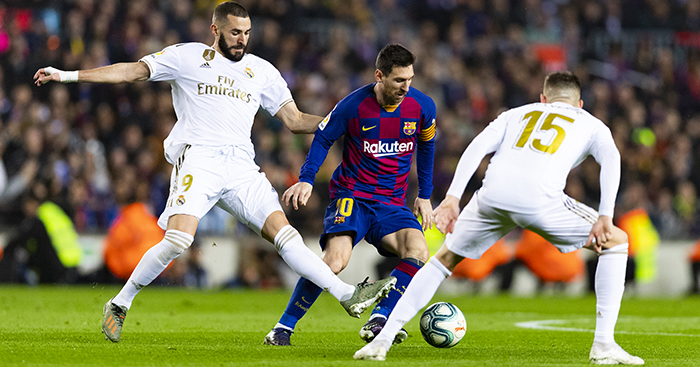 La Liga president Javier Tebas has confirmed top-flight football in Spain could return as early as next month, hinting that the Premier League could do the same.

Both La Liga and the Premier League have currently suspended games indefinitely due to the coronavirus pandemic with no clear date on when games could restart.

“The current scenarios being discussed are to restart the Spanish league on May 28, June 6 or or even up until June 28,” he said.

“The first one involves league and European competitions being played in parallel: leagues at the weekend and European games in midweek.

“The other scenario is for two blocks. First of all, domestic competitions would be played up until July, then European matches would be played in July or August, depending on when all the leagues can finish.”

Teams in Spain have also suggested the cancel the season altogether, but Tebas insists that isn’t even an option at this stage.

“We won’t start that debate now as it is sterile and will only generate conflicts of interest, which is what is happening in other countries,” he said.

“Just by chance, the people who don’t want to continue with competitions are the ones at the bottom and competing to avoid relegation.

“But cancelling the season isn’t something we are talking about. We are not considering at all that we are not going to get back to playing matches.”