Home F365 Features In Spain, everyone is asking the same questions… 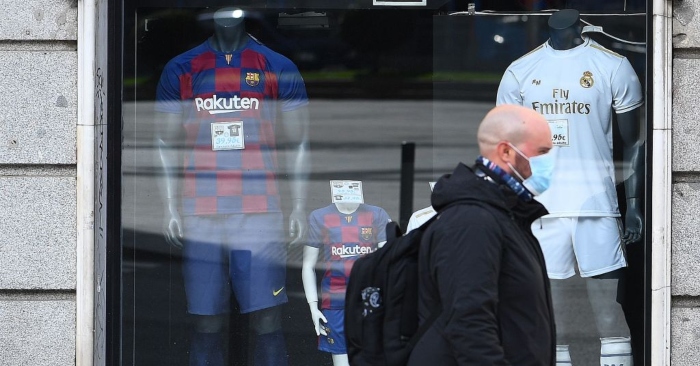 Amid all the uncertainty surrounding the culmination of the football season following this unexpected and unprecedented hiatus, the head of the Spanish FA Luis Rubiales insisted on Tuesday that one way the other, this season would be concluded.

There are obviously far bigger things to be concerned with than football at this moment in time, but as the biggest sport and most popular diversion in Spain and the world, it does carry a certain relevance to a large number of people.

Ironically, the importance of football lies in its triviality. It is significant to so many people precisely because of its lack of significance; it’s a kind of diversion and escape from the trials of everyday life, yet remains an important cultural touchstone and temporal marker to millions of people around the world.

Rubiales’ insistence that the June 30 deadline for finishing the season could potentially be extended if necessary will be music to the ears of many football fans. When football returns, it will be an indicator of a more general return to normality after a hugely worrying and chaotic time.

But in reality what plans can possibly be made at this point in time? Rubiales’ statement can only be based on speculation at this stage.

No-one is in a position to be making predictions of any kind. At the moment it seems like there is no end in sight to the coronavirus crisis, and while it is prudent for Rubiales and the RFEF to be making plans for the resumption of the league, they also need to prepare for the eventuality that it cannot be finished, or at least not on time.

Do Barcelona deserve to be awarded the title after just 27 games? Surely Mallorca, Leganés and Espanyol will feel seriously aggrieved if they are relegated having been denied the chance to save themselves in the final 11 matches?

Ending the season as it stands now will only result in bitterness and litigation.

But declaring it null and void wouldn’t be fair either, especially on the likes of Cádiz, Real Zaragoza and Almería, who are fighting for promotion to the top flight.

A play-off system to settle the titles, promotions, relegations and the European places has been suggested, but the format, timings and location of this would need to be ironed out first. It would need approval from the clubs involved as well, as there is no provision for such an event in La Liga rules, and it seems unlikely that all the teams would agree to a straight shoot-out.

The postponement of Euro 2020 has potentially freed up some more time for the season to be completed, but that would depend on the crisis having receded enough to resume fixtures in April, which is far from guaranteed.

Even if it does resume in time, it seems unlikely that games will be played in front of an audience, at least until the outbreak is known to have been overcome. But what of the players involved? It will be a tough sell to ask players just to pick up where they left off, especially as a third of Valencia’s squad have been infected with the virus, and Espanyol announced on Tuesday that six of their players had tested positive as well.

These are uncharted waters for everyone, and as keen as we all are for sport – as an extension of normal life – to be resumed as soon as possible, it can’t be done ahead of time if there is any risk to the health of anyone involved.

Rubiales is understandably keen to present himself as in control, and his optimism is to be applauded in a time of catastrophe. But the most sensible thing he could do would be to accept that there is no way of knowing how this will play out, and to put a pin in any plans at least until the outbreak is shown to be receding significantly.

In the coming weeks, the long-term picture around the extent of the pandemic will gradually become clearer. Until such a time, the importantly unimportant world of football will have to stay in the back seat.