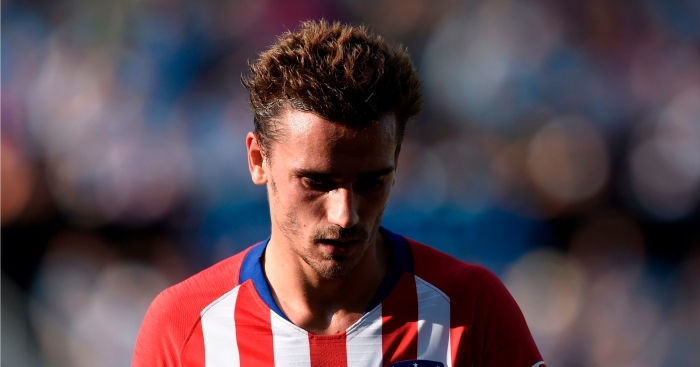 As one might expect from a round of fixtures in which four of the nine games were derbies, there was a great deal of excitement, incident and controversy in this weekend’s La Liga programme.

Down in Seville on Sunday night, Real Betis played host to neighbours Sevilla in ‘el gran derbi’, one of the most intense rivalries in all of Spanish football. In front of a passionate, noisy and partisan crowd at the Villamarín, high drama was played out with two main protagonists, one from each side.

Sevilla’s tragic hero was former Swansea midfielder Roque Mesa. From the outset, he was in the thick of the action, squaring up to Betis midfielder William Carvalho in the first minute, and having several further flashpoints with the Portuguese midfielder throughout the first half, before eventually getting his name taken in first-half stoppage time.

Midway through the second half, Mesa moved into the path of Betis keeper Pau López, who had the ball in his hands, ostensibly to prevent him from taking a quick throw. He was bundled to the ground by the burly Catalan keeper, but the referee ruled that Mesa was at fault and showed him a second yellow card, much to the incredulity of Sevilla manager Pablo Machín.

Nine minutes later, with the scores still level but the wind in the home side’s sails, it was time for a hero. When 37-year-old Betis legend Joaquín Sánchez climbed off the bench, there was a palpable feeling that he would be the one to settle this tie. Five minutes later, he did just that, heading in Aissa Mandi’s cross at the far post, before celebrating in a manner that showed just how much it meant to him and the club he loves. Betis held on to record their first victory over Sevilla in front of their own fans since 2006.

Earlier that day, under the heat of the midday sun, Levante hosted city rivals Valencia at the Ciutat de València stadium. The home side led at the break after an entertaining first half, with Roger Martí scoring either side of Denis Cheryshev’s equaliser. Levante full-back Toño gave away a needless penalty not long after the restart, which Valencia captain Dani Parejo tucked away. Levante’s influential right-back Coke Andújar was send off after picking up two yellow cards with 15 minutes remaining, but the home side were able to hold on for a deserved draw.

The draw meant Valencia are still without a win this season, but the main talking point around the match was La Liga’s refusal to move the kick-off to a cooler time of day. Levante were forced to issue supporters of both sides with free bottles of water, and there were reports of elderly and young fans having to stay away to avoid the heat. Given the official Spanish government advice is to avoid going out between midday and 4pm in the summer months, La Liga showed a total disregard for the safety of the fans by scheduling the game for midday, and then refusing to bend to common sense by moving the kick-off time.

The rivalries in the remaining two derbies are not quite so intense as those in Sevilla and Valencia, but they carry a great deal of importance nonetheless. Eibar fans were thrilled to see their side pinch the points against their more illustrious Basque neighbours Real Sociedad through Charles Dias’s 91st minute winner, while Leganés were unable to replicate last season’s famous victory over Real Madrid in the Bernabéu, as Karim Benzema inspired the European champions to a 4-1 victory.

Elsewhere, Barcelona overcame an early setback to demolish La Liga new boys Huesca 8-2 in a footballing exhibition inspired by the unfathomably brilliant Leo Messi, but by far the biggest shock of the weekend came from Atlético Madrid’s trip to Galicia to play Celta de Vigo. Normally so comfortable and assured in defence, Atleti defender Diego Godín slipped to let Maxi Gómez open the scoring just after half time, before Iago Aspas added a second six minutes later. Atleti were unable to find a way back into the game after having Stefan Savic sent off, and manager Diego Simeone described the defeat as a “wake-up call” for his side.

VAR was the key player in Alavés’ 2-1 win over Espanyol. The Catalan side thought they had gone 2-0 up, but the goal was chalked off after a VAR consultation. Two minutes later, they had conceded twice and Alavés were 2-1 up. It goes to show the impact of the new system; if the game were played without technology, it is highly likely Espanyol would have taken the three points.

In the remaining games, Villarreal’s poor start to the season continued with a 1-0 home defeat to Girona, leaving them with only one point from their first three games, while Real Valladolid remain goalless after a drab 0-0 draw with Getafe. There is far more excitement off the pitch than on it for Valladolid at the moment, as legendary Brazilian forward Ronaldo became the majority shareholder and president of the club this week.

Finally, there was no game in Vallecas, where Rayo Vallecano’s game with Athletic Club was postponed after their ground was declared unsafe and closed until at least mid-October. Rayo’s fans gathered at the ground all the same to protest against club president Raúl Martín Presa.

Given the eventful nature of this weekend’s action, it seems a shame that the entertainment and drama will now be put on hold for a fortnight due to the international break. But if the next round of fixtures are half as enjoyable as this weekend’s bunch, it will be well worth the wait.