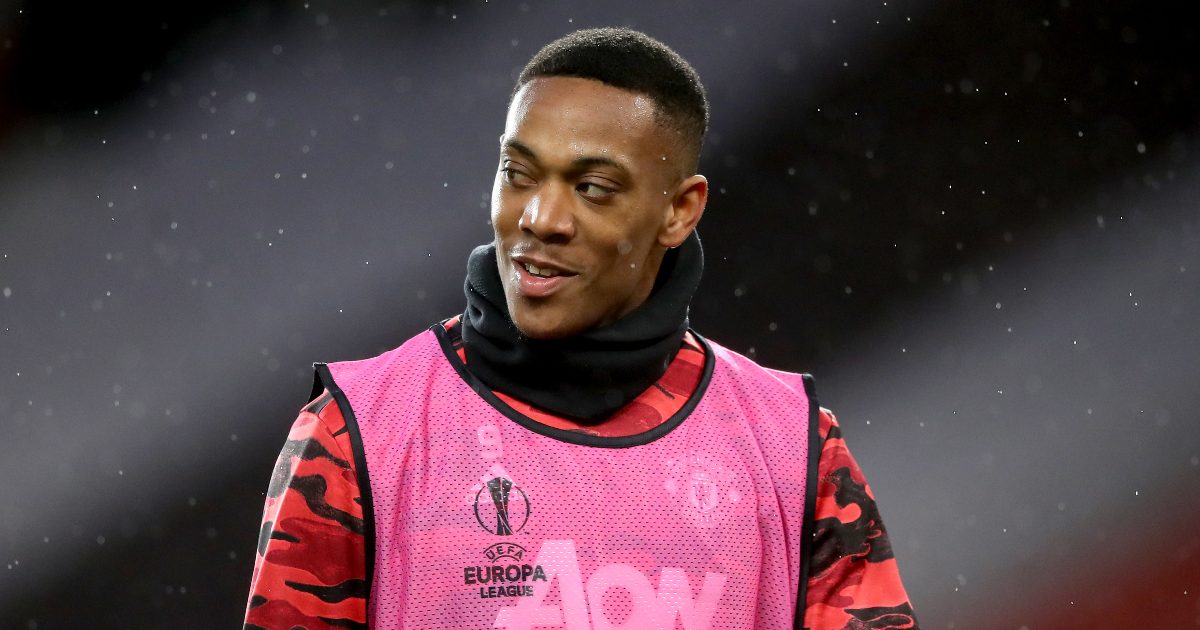 La Liga side Sevilla are now “looking at other options” as Man Utd are demanding an “enormous amount” for Anthony Martial, according to reports.

Last month, Martial’s agent revealed that the player was keen to leave Man Utd during the January transfer window.

The Frenchman has been linked with the likes of Barcelona, Sevilla and Juventus in recent weeks.

Martial has barely featured for Man Utd this term as he has only started four times across all competitions. He has not started in the Premier League since September.

Ralf Rangnick took over at United at the start of December. The forward has not been used by the German so far.

Marca (as cited by Sport Witness) are reporting that Sevilla were interested in Martial but they are now “looking at other options”.

They add that the reason for this is that Man Utd are demanding an “enormous amount” for him. A move to Sevilla this month for Martial is said to have been “practically ruled out”.

Elsewhere, Rangnick has revealed that Edinson Cavani wants to stay at Manchester United:

“I also didn’t tell Edi that he cannot leave. I told him that if it was up to me I would want him to stay and I had a conversation with him (on Thursday).

“He came to my office and we spoke for almost half an hour. He told me that he will definitely stay, he will want to stay until the end of the season.

“Not only because I told him that he should stay or has to stay. But he did it on his own behalf.

“He told me that I can rely on him to stay until the end of the season and give his very best, be a role model for the young players.

“If he should play from the start, he’s available and he’s happy to play.

“Even if he’s not playing, he will be trying to be the best possible role model for the other players.

“This is, for me, good news because Edi is one of those players with his vast amount of experience, his mentality, his work ethic, who could really be a perfect role model for all the other players.”