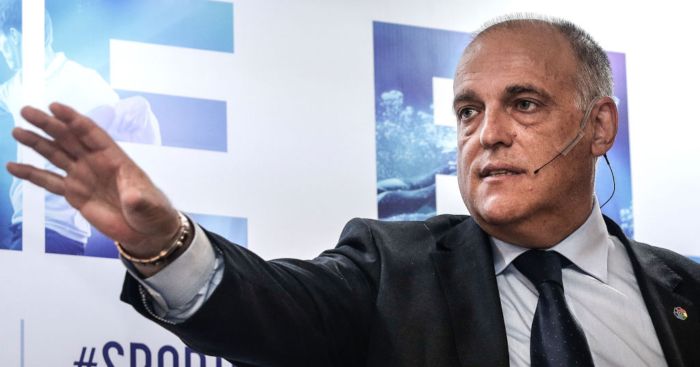 La Liga sides will be subject to strict financial regulations next season – and could even be blocked from making signings. Poor Barcelona and Real Madrid.

While the far-reaching financial implications of the global pandemic are yet to be truly realised, big-money transfers are sure to be far less commonplace.

Manchester United chief Ed Woodward has already warned that “speculation around transfers of individual players for hundreds of millions of pounds this summer seems to ignore the realities that face the sport”.

Barcelona have spoken publicly more than once about the likelihood of swap deals becoming more prevalent, while Real Madrid are also thought to have ruled out the prospect of signing players.

La Liga president Tebas has essentially ended any hope of Spanish clubs making anything other than exchange deals.

“We have seen the cash flows for each club and right now they have squads which exceed the [financial] limits we will establish for next season,” Tebas told the Instituto Iberoamericano de Derecho Deportivo, according to ESPN.

“That brings consequences. Clubs are going to have to look at their academies and come up with a strategy to reduce salaries. There’s no other solution.

“Transfers that exceed financial limits will not be allowed – impossible.

“We’re keeping an eye on these operations because they don’t generate money. For that reason, our controls are based on cash flow, on the money you have in the bank to be able to fulfill your obligations each month.”