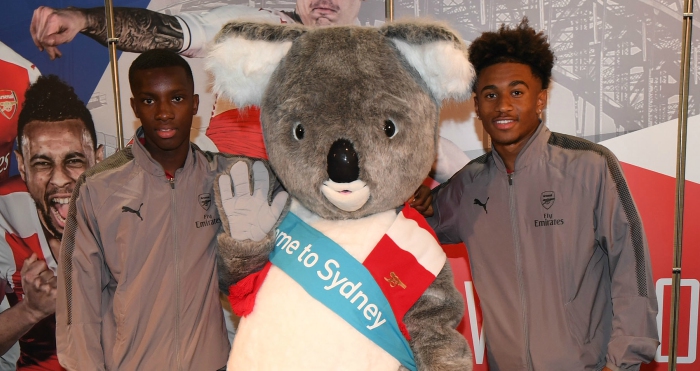 Alexandre Lacazette has picked out two Arsenal youngsters for fans to get excited about.

Lacazette joined the Gunners this summer for a club-record fee of £46.4million.

The striker has scored two goals in six games in north London, and manager Arsene Wenger admits he is still getting used to the Premier League’s “intensity”.

The Frenchman has offered his views on two of the club’s most promising youngsters: Reiss Nelson and Eddie Nketiah.

“I think Reiss is very good,” Lacazette told Arsenal Player. “I believe he will be a top player for the club. He already impressed me during pre-season and it’s great to see what he’s been doing for the under-23s.

“His stats are very good and he’s been performing well. When he’s played with us, he’s shown that he has real quality.

“I really like Eddie as well. He’s a great striker at the academy. He is very calm in front of goal and has great technique.”