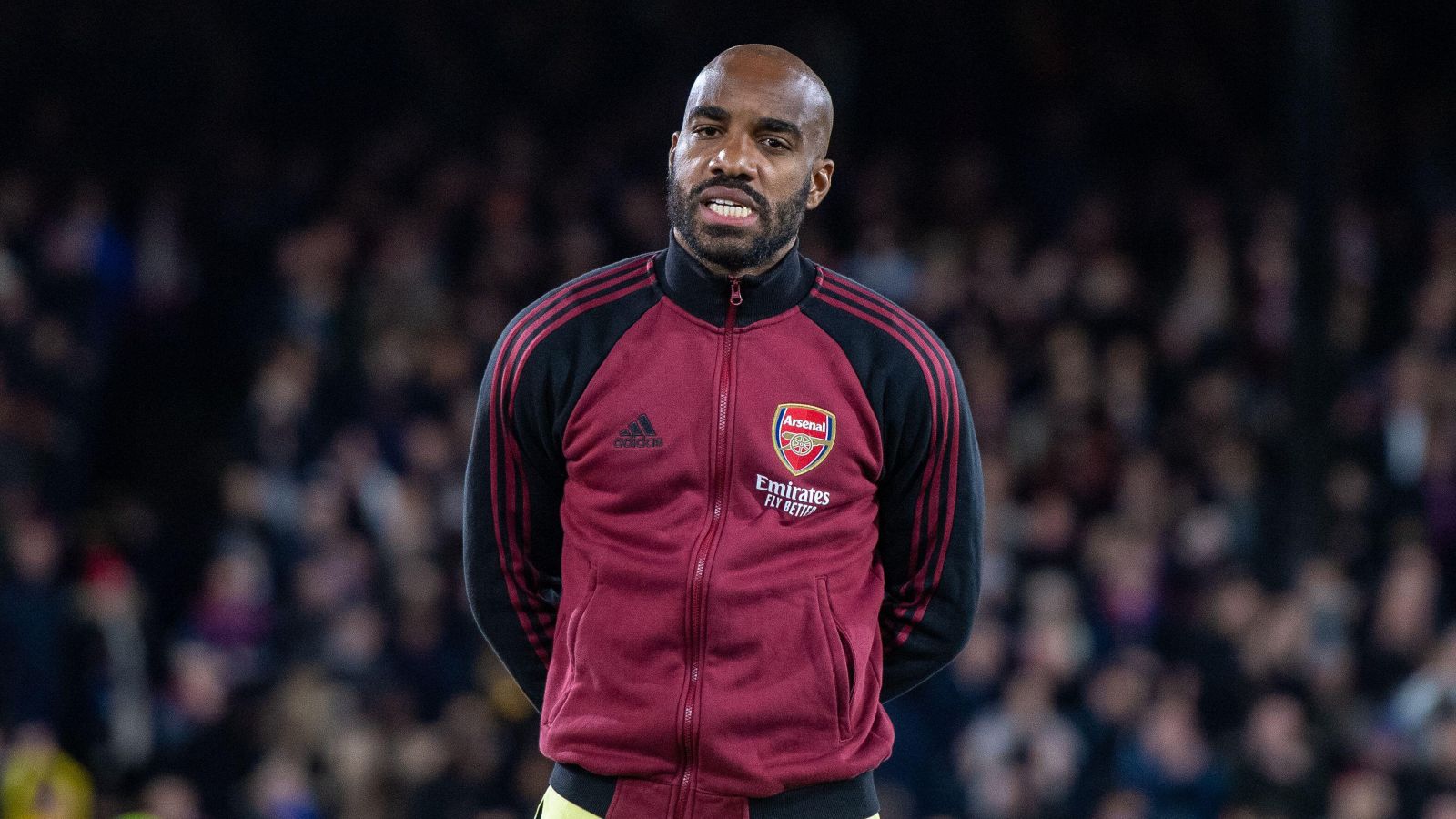 Alexandre Lacazette has claimed that he “didn’t like” Barcelona striker Pierre-Emerick Aubameyang before he joined Arsenal.

Aubameyang recently left the Gunners in early February after the Premier League club agreed to terminate his contract with the Gabon international joining Barca on a free transfer.

He was stripped of the Arsenal captaincy by Mikel Arteta earlier this season after a “disciplinary issue” saw him fall out of favour.

Aubameyang has shown good form since moving to Barcelona, scoring eight goals in ten La Liga appearances with some Arsenal fans wondering why they let him go.

And Lacazette has now revealed that, despite having “misconceptions” about Aubamayeng before moved to the Emirates Stadium in 2018, he has become friends with the 32-year-old.

“I had some misconceptions about him,” Lacazette told Canal TV+.

His interview with Canal TV+ has caused a stir this week with Lacazette – who is out of contract at the end of the season – revealing that he is talking to a number of clubs about leaving Arsenal in the summer transfer window.

“I am in discussions with a lot of clubs. I am open. It’s a bit more complicated.

Arsenal, meanwhile, have lost four of their last five Premier League matches and are no longer favourites to grab fourth spot after dropping to sixth in the table.

A 1-0 loss to Southampton on Saturday was their third defeat in a row with the Gunners now three points off fourth place but with a game in hand.

But Arteta is ready to provide his young side “all the support in the world” in a bid to end their torrid run of form.

“We are in the same position as we were with one less game,” Arteta said after the match. “We have to play on Wednesday and we have to lift them up.

“The task is big but the opportunity as well is so precious that we all want to do it.

“(I will) give all the support in the world to them because they need it. They are 19, 20, 21 years old most of them and that is what they need.

“We are who we are but at the end you have to win the matches and, if you want to be there, that has to be defined in the boxes.”