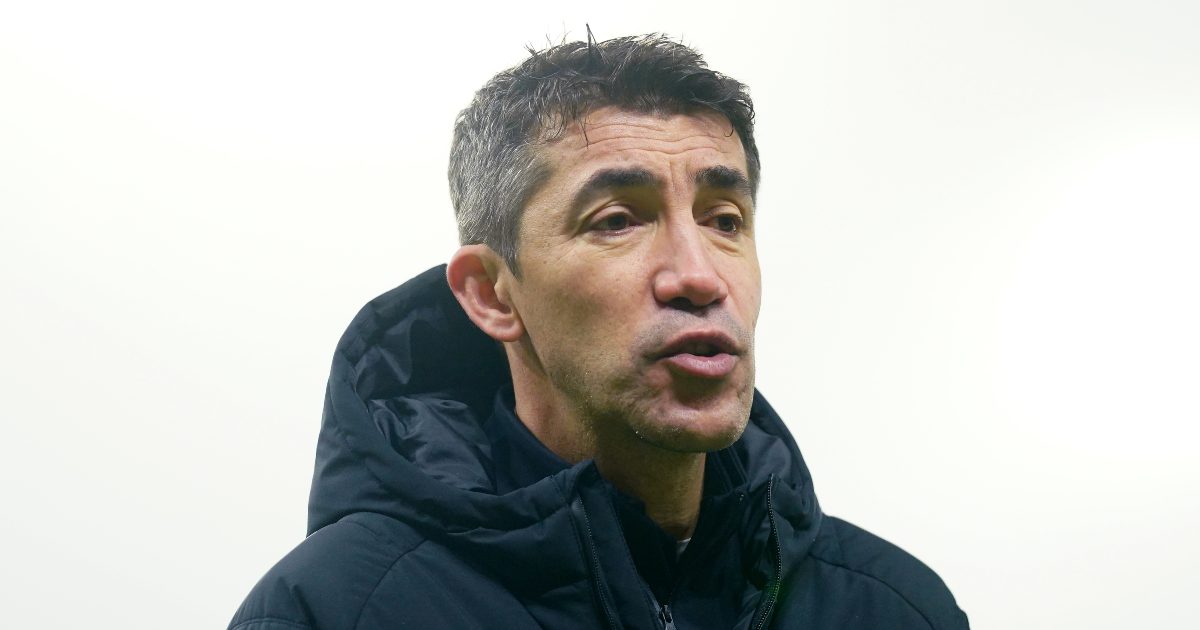 Bruno Lage has admitted that Wolves may sell Ruben Neves or Adama Traore this month if a “big transfer” is a possibility.

Man Utd are reportedly interested in Neves, who joined Wolves in 2017 for a fee in the region of £15.8m.

Meanwhile, Tottenham are said to be keen to sign Traore. They attempted to sign the Spaniard last summer but a move did not come to fruition.

Lage wants to keep both players but accepts that Wolves could be forced into a sale if they receive a huge offer, citing his former club Benfica’s decision to sell Joao Felix to Atletico Madrid for 120million euros when asked about interest in Neves and Traore.

“The main thing, and we can clarify this, we are here with a project of our ideas – chairman, sporting director and manager – the main point is to continue with the same players, to improve them and go to the next level.

“But in modern football if a big transfer appears, like it did when I was at Benfica – two years ago a team came and paid 120million euros for one player – you cannot say no. You can say no, but you don’t receive money to improve the team and you continue with the same players.

“In the transfer window, you need to decide what is best for the club and for the player.”

Lage is expected to make some changes for the FA Cup tie against Sheffield United on Sunday.

John Ruddy is likely to deputise for Jose Sa in goal, while the likes of Ki-Jana Hoever and Fabio Silva could also be handed rare starting places.

Rayan Ait-Nouri is fit again after a groin problem and the French defender could get his first outing for a month on Sunday.

Lage, a former assistant manager at Sheffield Wednesday, may not make too many changes, however, with his team having played only once since December 19.

“I come with a big ambition to win titles for Wolves, that’s my target,” said the Portuguese.

“I will try to put out our best team and win the game. I have won titles before and I came here with that ambition.

“(Sheffield United) is a strong team who I know very well. I know the team, I know the manager, I know the fans and I know how the people of the city love their club, because I was there and I know what United are like.”