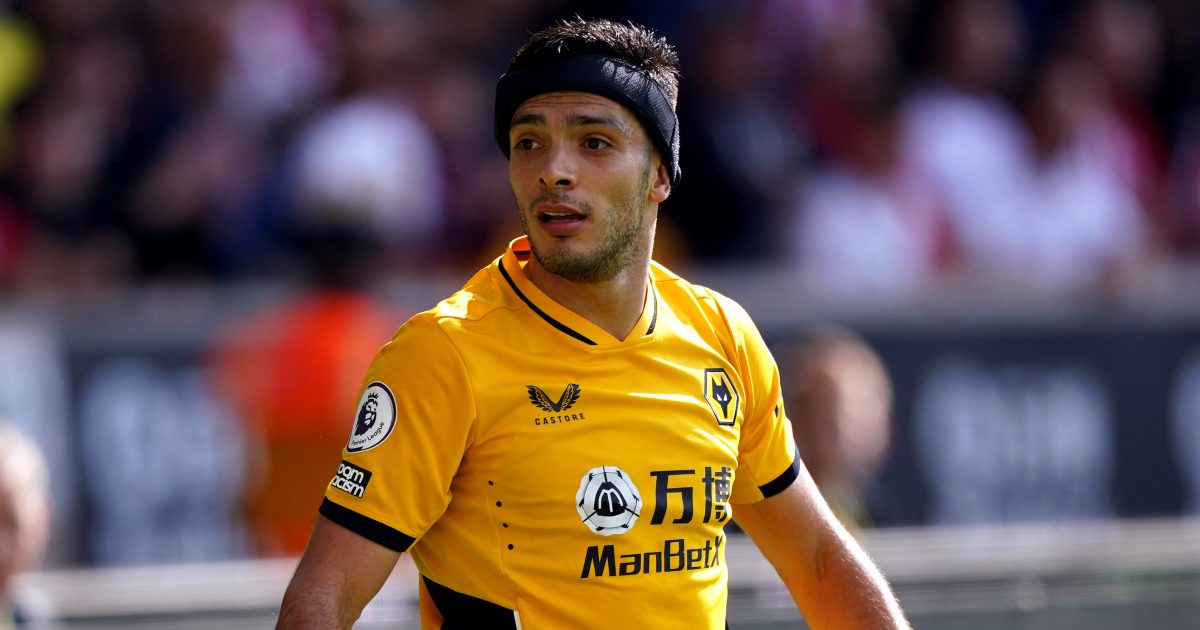 Wolves manager Bruno Lage has insisted that Raul Jimenez must continue to wear his head protector for his own safety.

Ten months ago, Jimenez suffered a fractured skull against Arsenal from a challenge with David Luiz. He has worn a protective headband since returning to action.

The striker is yet to score so far this term. He removed his guard last weekend after missing a headed chance against Brentford at Molineux.

He even posted pictures of Twitter of himself with and without the aid, but Lage says there is no room for debate on the subject.

“It was one thing that happened and I don’t think it will happen anymore. He knows,” said Lage.

“He needs to adapt, it’s not a normal thing. This is needed to protect him. After the process we did to recover him we need to help him adapt.

“There is an emotional side, he had a big chance to help us score a goal and to help us fight for points in that game. I didn’t say to Raul to take it off so it was a big surprise for me but sometimes you need to understand the emotional thing.

“It was an easy header but also you need to understand the point of view from the player. You try to do the movement and you have now, like two fingers in front of his head, when he does the movement the ball is already touching his head.

“It’s a different way you’re trying to do it, it’s like heading with a helmet, but he is adapting well. In that period it was frustrating and emotional from losing that chance but he knows the protocol.”

Scoring against Southampton on Sunday would be the best kind of tonic for the 30-year-old, who has never gone six Premier League games without a goal since he arrived at Molineux in 2018.

Having netted only twice in their five league outings to date, Wolves cannot wait for his fortunes to change either.

“Every day we are working hard in training to score goals, so he knows that he has that pressure on his shoulders,” said Lage.

“He know he needs to score goals, our fans are waiting for him to score goals. He scored three or four in the pre-season and the goals are coming.”

Lage has been working with a limited first-team squad since arriving at the club and lost another couple of players in the midweek penalty defeat to Tottenham in the EFL Cup. Rayan Ait Nouri (concussion) and Yerson Mosquera (hamstring) are the latest to drop out of contention and while Lage has half an eye on the free transfer market, he is looking for quality additions.

“What I am not looking for is players just to fill the squad, those players I don’t want,” he said.

“We need to bring two to three more players to have more competition. We need guys to help us, not players to fill up the squad or I would prefer working the way we are working with these guys.”