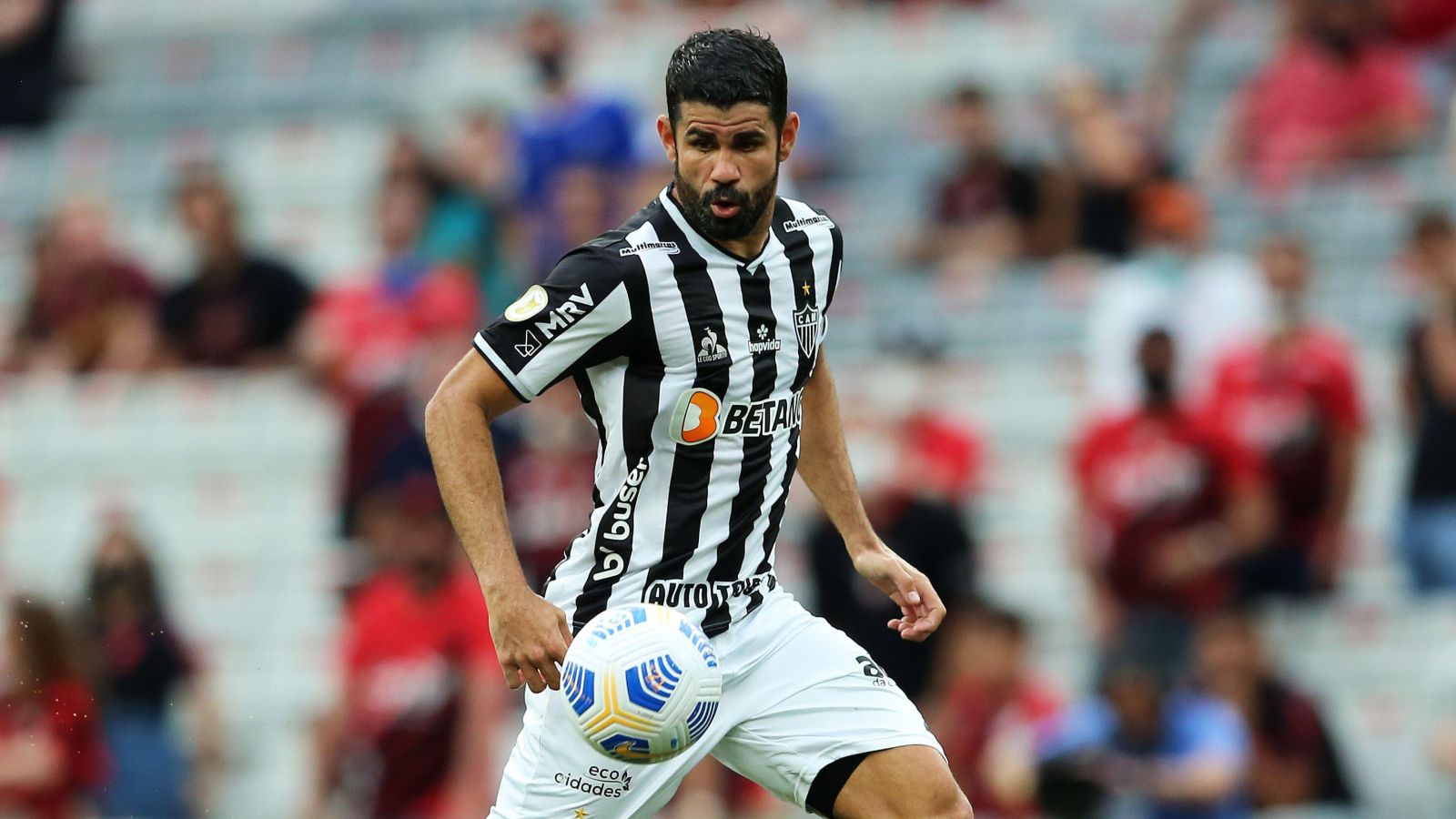 Bruno Lage is happy with how Diego Costa has settled in at Wolves but he has conceded that the ex-Chelsea striker “needs to be protected”.

The experienced forward joined Wolves earlier this month on a free transfer and he could make his debut against West Ham this weekend.

Costa left Atletico Mineiro in January and he has not played since then. But Lage is happy with the impact he has made during the international break.

“I think all the team, you can see now they have a striker training, we can see the good vibes and the good energy comes,” said the Wolves boss.

“He didn’t work the first week with the team but after Man City he started training with the team and he gives a lot of energy. We are a different team when we have a striker in front of us.

“Other players can give more. The big energy comes especially from that and, also, we know that we lost 3-0 against a good team, but we had good moments in the game even with 10 men.”

On whether Costa will start against West Ham, who sit one spot and two points behind 17th-placed Wolves, Lage added: “Let’s see tomorrow.

Sasa Kalajdzic has been ruled out by a serious knee injury while Raul Jimenez is also sidelined with a mystery problem, leaving Costa as the only available striker.

Lage believes a lack of forward options has been the main reason for Wolves’ disappointing start to the season, with only one Premier League victory from seven games.

That follows on from a winless seven games to end last season but Lage is bullish about his own position and has no doubt things will improve.

“Sasa is impossible to recover until that period (after the World Cup), let’s see what we can do with Raul, and to have players in that position to score goals for us,” he said.

“That’s the most important thing. That last seven games of last season, we didn’t have five or six important players with us. So it’s the same thing. It’s not an excuse.

“There are some problems. Just one striker. It’s my problem but also a club problem.

“I have plenty of confidence in my work. We will try to find, and we need to find, the best solutions to get strikers available to play, to score goals, to win games and to put the team in the middle of November in the middle of the table.

“We’ve had a plan since the first day but to be an attacking team we need those kind of players.”

Adama Traore is fit but Hwang Hee-chan picked up an injury on international duty and will miss out while Lage must make a change in defence following Nathan Collins’ sending off against Manchester City last time out.

Lage added: “We cannot deny it’s an important game for us. We go there to play our game, we go there with big ambition. We played two good games against West Ham (last season) and we go there to do our best and to win the game.”