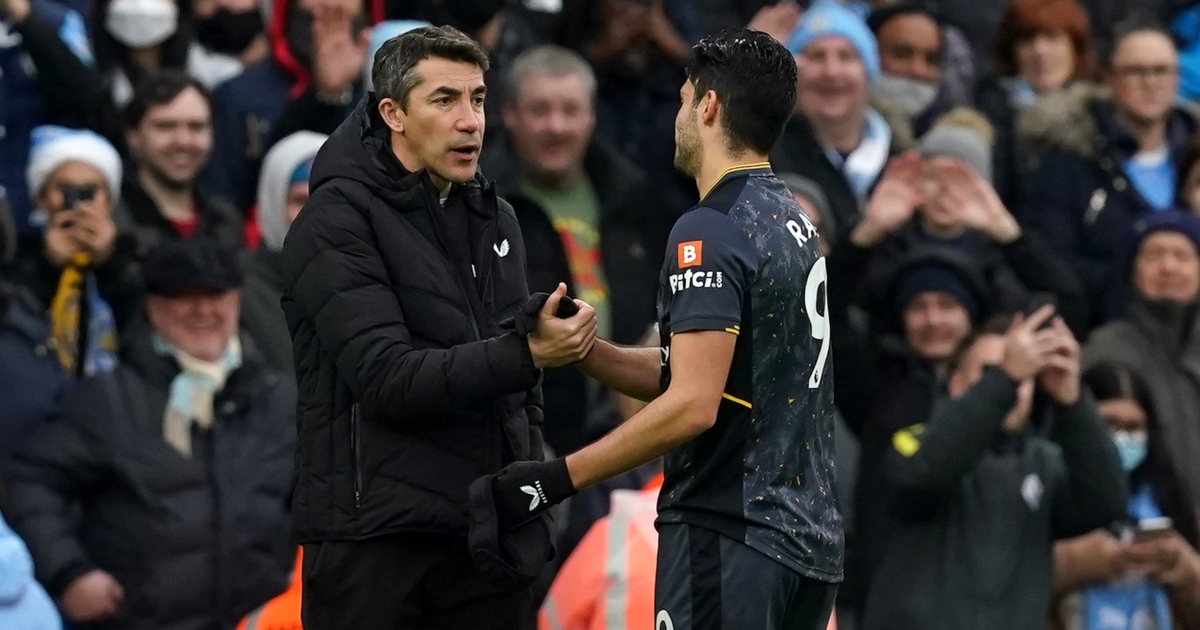 Wolves manager Bruno Lage has slammed referee Jon Moss for a number of decisions in their narrow 1-0 defeat to Manchester City.

Wolves were reduced to 10 men shortly before half-time as striker Raul Jimenez picked up two yellow cards in quick succession. Firstly, for a tackle on Rodri before refusing to step away from the resulting free-kick and then intercepting the ball.

Whilst Lage can’t excuse the second yellow, he was appalled to see Moss brandish a yellow for the initial foul.

“The first yellow card. He did not touch the guy and it is in our half and we had 10 men behind the ball. I don’t believe in tactical fouls when you are in transition.

“The first yellow card is a crazy decision for me, in my opinion. A hard decision to accept.

“I prefer to talk about the first half. Our team came to play our game. We knew they would have more time on the ball. We defended very well.

“The second half was different. We tried to do our best. I’m proud of my players and our fans because they supported us from the first minute.”

Joao Moutinho was penalised for a handball in the second half, the VAR refusing to overturn the on-field decision. Lage is a fan of VAR but thinks it got the penalty decision wrong.

“I believe in VAR and that it can help this game and the referee. The referee saw his arm and the rules say he is trying to create a bigger body. But the ball touched here [his armpit]. But after the referee whistles it’s a VAR decision.

“Look, It’s on to Brighton and I want to boost the morale of the players because they gave everything. We move on.”

Wolves captain Conor Coady, who was resolute defensively throughout, reiterated his managers thought on the penalty.

“For the game to be called on that, we are desperately disappointed because we have given everything.

“It wasn’t a penalty. I get on with referees really well and I haven’t got a bad word to say about them, but sometimes you can see with the player reactions, they tend to look like ‘yeah that’s a bit dodgy that one’.

“For a game of this magnitude to be decided on a contentious decision is massively disappointing.”