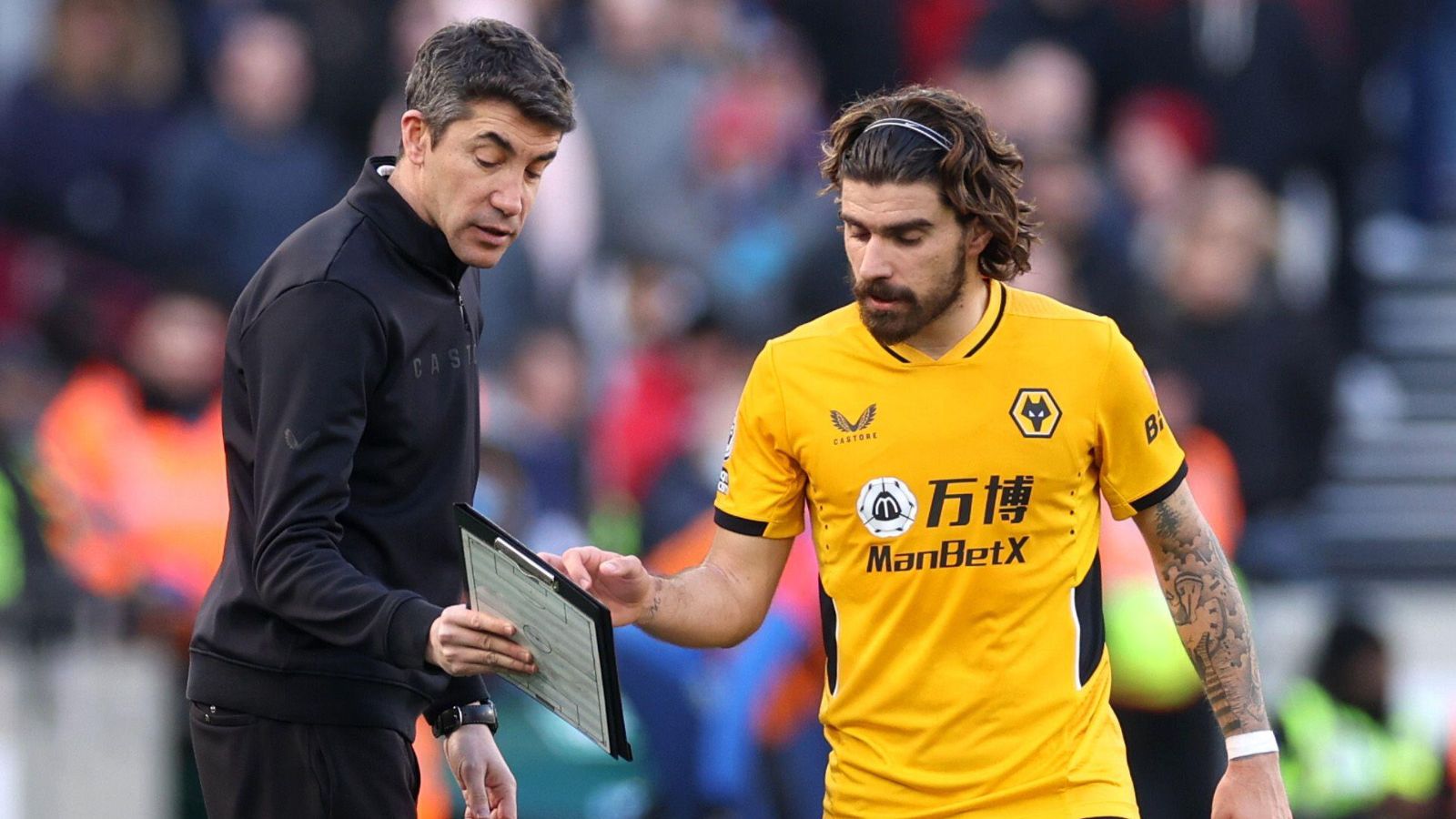 Bruno Lage has claimed that Wolves midfielder Ruben Neves is worth £100m amid reports linking him with a move to Manchester United.

Wolves are reportedly aware that they may have to sell the 25-year-old this summer.

On Thursday, it emerged that Man Utd-linked Erik ten Hag is a ‘huge fan’ of the Portugal international.

Neves, whose current deal expires in 2024, is currently sidelined with a knee injury that is expected to rule him out until May.

After initial concerns, Lage is now more hopeful that Neves will play before the end of the season and wants his fellow countryman to stay at Molineux.

Lage said: “I would have preferred to remain with Joao Felix in Benfica, but 120m euros came and he left.

“It depends on the strategy of Wolves also. That’s why it was so hard to find players in the last two transfer windows.

“We want to find the best players at the right price and the right age to help us, then after two or three years they can give us economical profit.

Wolves will climb above Manchester United and West Ham and into the top six – for a few hours at least – by beating Newcastle at St James’ Park.

But Lage says that wherever Wolves finish this term then next season will be even more difficult for them.

He said: “Behind Wolves comes teams that are ready to invest a lot, like Aston Villa, Everton, Newcastle and Leicester.

“They are ready to invest and improve and fight for different competitions.

“The challenge for us is to create and build the right team, to fight against all the teams in the Premier League.”

Newcastle are seven points above the relegation zone after successive away defeats to Chelsea, Everton and Tottenham.

Asked if Newcastle were safe, Lage replied: “If I was in that position with 31 points I would say no.