Home Wolves Lage: Top four hopefuls Wolves ‘can do something special’ this season 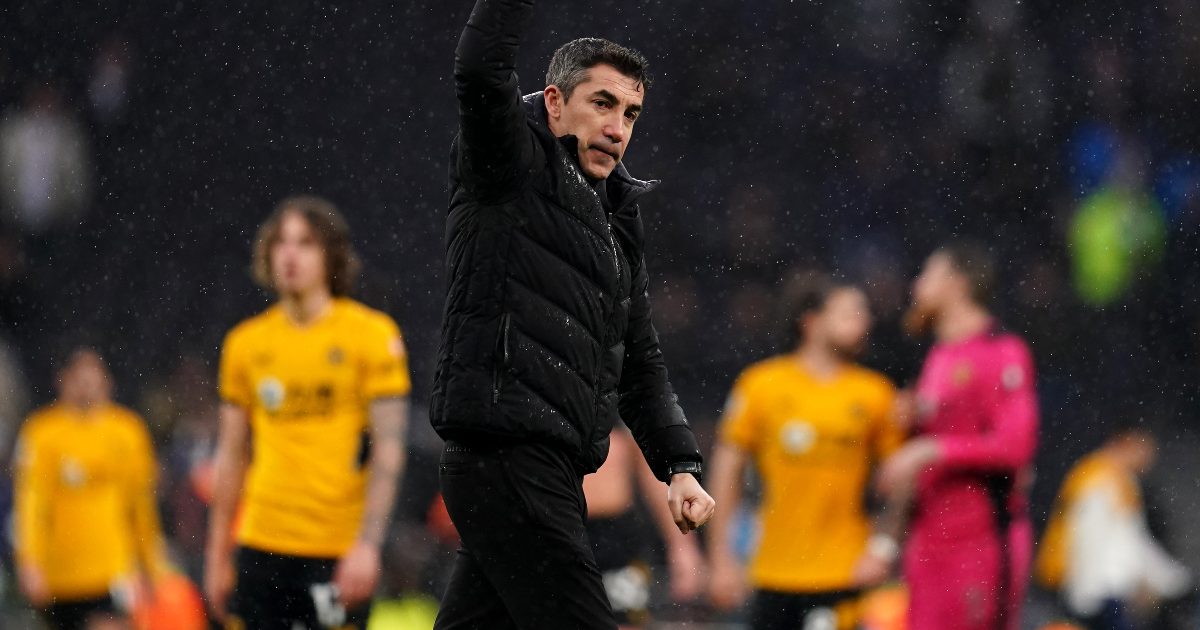 Bruno Lage believes his Wolves team “can do something special” this season as they push for a place in the top four.

Wolves got the better of Leicester City on Sunday evening. Goals in either half from Ruben Neves and Daniel Podence earned them all three points.

This is their sixth win from their last eight games. They sit seventh in the table but they are only six points adrift of fourth-placed Manchester United.

Wolves and Leicester are headed in polar opposite directions

Lage’s side also have two games in hand on Ralf Rangnick’s side. Wolves have a couple of vital away games coming up next week.

Speaking after the win over Leicester, Lage admitted that Wolves were not at their best as they are capable of more:

“We won the three points and scored twice but I think it was okay. It was not our best performance,” Lage said (via BBC Sport).

“The step forward for me and my players to be a bigger team is when you play these sorts of teams, that create problems, we need to control more of the game. In some periods we didn’t in the way we defended and pressed.

“They created a lot of problems but when you look at it we started very well and that is the thing we need to do more.

On the recent run: “It is [down to] hard work. There are no secrets in football. It is hard work and team work. That is no secret. I think we can do something special but we have to continue to work. In four or five days we are going to play against a strong team, they know we are a strong team and we will go there with the mentality of trying to win the game.”

Neves added that Leicester made it a “really hard game” but Wolves “deserved the win”:

“It was a really hard game and Leicester played well. They have a lot of quality and we knew that before the game.

“Our mentality brought us the three points today. When we win like this, even when we don’t play like we want to play, is really good. It is a fantastic win for us, and we just want to keep it going.

“We try to score early in every game and start strong. We did that today, but we didn’t play our game. These kind of wins are really important; sometimes you won’t play your game but you need to win with your strength and your mentality and that is what we did.

“Maybe it was one of our worst games this season, but we were rewarded with the three points because we ran a lot and fought a lot. We deserved the win.”