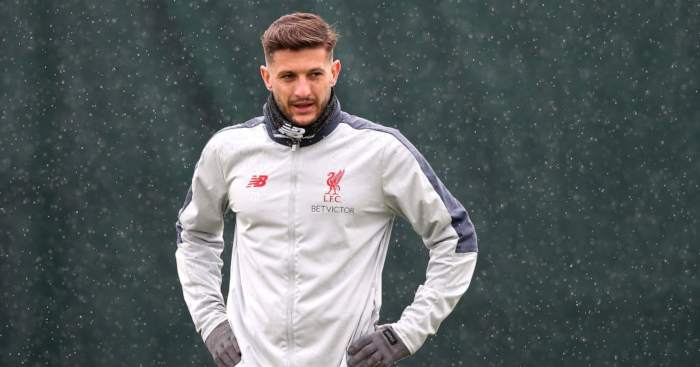 Midfielder Adam Lallana believes winning is an “addiction” and he and the rest of the Liverpool squad are hooked on securing more silverware.

Victory in the Champions League final in June was followed by European Super Cup success and a run of 16 wins in 17 matches to give Jurgen Klopp’s side a 10-point lead at the top of the Premier League.

They racked up another win, again thanks to a late intervention, in the semi-final of their Club World Cup semi-final against Monterrey in Doha to set up a meeting with Flamengo as the Reds try to win the one trophy which has so far eluded them on three previous occasions.

“It’s massive. We are European champions and to be World Club champions, there’s not many people who can say that. We are going to give it our all.

“I’m sure Bobby and Alisson (Brazilians Roberto Firmino and Alisson Becker) will give us some inside info into them (Flamengo).

“We watched them the other day: they were very dynamic, very aggressive, physical, we will have to recover quickly.

“We are just going to concentrate on ourselves. That’s all we ever do. We respect the opposition, we will analyse them.

“It’s all about recovery now and (come out) all guns blazing for Saturday. Another trophy is up for grabs at the weekend so bring it on.

Lallana was deployed in the midfield holding role against Monterrey as captain Jordan Henderson was forced to drop into centre-back because of illness to Virgil Van Dijk.

It is a role Klopp identified for him in pre-season and, although opportunities have been limited up to this point, injuries to Fabinho (out until the new year with an ankle injury) and, in the shorter term, Georginio Wijnaldum, means the 31-year-old may get chance to add to his 11 appearances this campaign.

“I’ve been fit all year, I’ve contributed at times,” he added.

“There are games every three days so you just can’t churn out the same team every week.

“At times it may be frustrating when you’re maybe not getting the game time you want because that is your reward for training hard.

“There is game time there. Me and the manager had a conversation before the United game (in October) so I’m in a great place, I’m enjoying my football and getting rewarded with games like today.

“(He said) ‘Be patient, keep training the way you’re training’ and I think that was before the United game and obviously I came on during that game and had an impact straight away.”