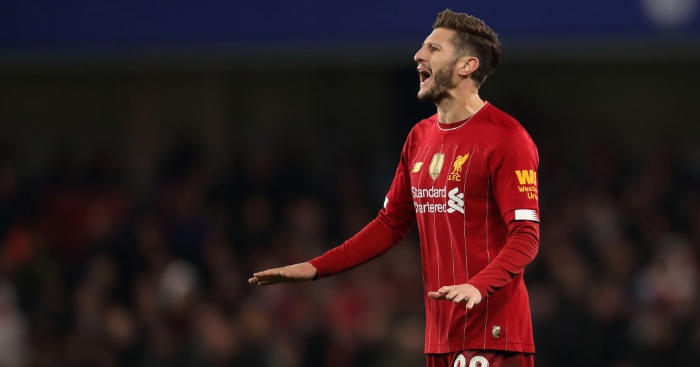 Adam Lallana believes there is “nothing going wrong” at Liverpool and revealed Jurgen Klopp’s message to the players after their 2-0 defeat to Chelsea in the FA Cup.

The defeat follows losses to Watford and Atletico Madrid with a win against West Ham the only positive result in the four-game run.

Senior midfielder Lallana was one of seven brought into the team for the fifth round clash at Stamford Bridge, where goals from Willian and Ross Barkley saw Liverpool dumped out of the competition.

“Nothing has been going wrong, you can always lose games,” said Lallana, when asked for possible reasons behind that recent blip by BBC Sport.

“It’s about us just staying together, sticking to what we’ve done over the course of the last four or five years since the manager has come in and react. Simple as that.

“We’ve got another game at the weekend – I’m sure you’ll see a big reaction from the lads and hopefully we get the win.”

Lallana said there was bitter disappointment in the Liverpool dressing room following the defeat and he explained what manager Jurgen Klopp told the players.

Lallana added: “‘He said ‘you come to places like this and if you’re not 100 per cent on it and there are little errors here and there, you’re going to get punished.’ We know that.

“All you can do is react and luckily there’s another game in three days and then obviously the Atletico game is another big game. There are big games around the corner.”

OPINION: This Liverpool stutter has made minor winners of us all