Home All The News Lambert silent on Jese AWOL reports 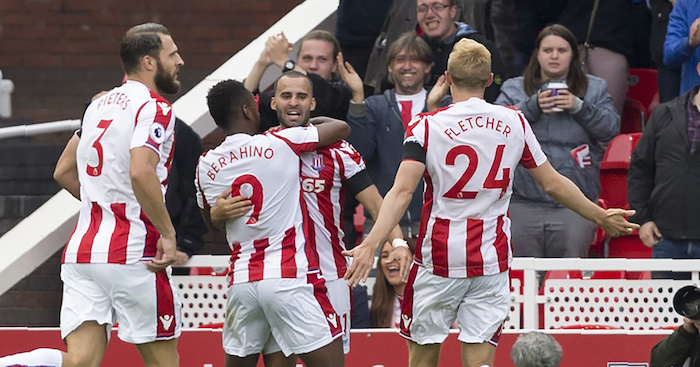 There were claims on Thursday the 25-year-old had not returned from his latest spell of compassionate leave to visit his sick son in Spain, which he was expected to do on Wednesday.

Jese has not featured in Stoke’s squad for the last two matches and his last appearance was as a substitute in the defeat to Everton on March 17.

However, Lambert refused to speak about the player or Saido Berahino, who is training with the club’s under-23s.

“I am just going to concentrate on Monday’s game,” he said when asked about Jese. “The exact same (answer) for Saido.

Potters goalkeeper Jack Butland is likely to come up against England rival Joe Hart in the West Ham game on Monday night.

Lambert is backing his man to be number one in the World Cup in Russia this summer.

“No doubt of throwing Jack in. If Gareth (Southgate) decides Jack is the man then I have no doubts,” he said.