Home Tottenham Hotspur Lamela admits he feared his career was over 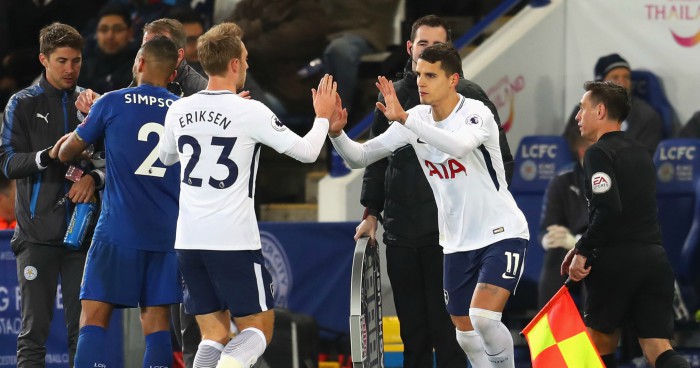 Erik Lamela has admitted that during the “really bad times” of the last 13 months he feared that his football career was over.

The Tottenham winger needed extensive hip surgery and was then given compassionate leave after his brother was seriously injured in an accident.

The Argentine returned on Tuesday night at Leicester, coming off the bench to set up Harry Kane’s consolation goal in the 2-1 defeat.

When asked if he had ever feared he would not play football again, Lamela told the Evening Standard:  “Of course. In really bad times you always think the worst. But my family was always with me and the supporters wanted me on the pitch.

“They bring me energy to work every day and to never give up. Today I’m here because I really wanted it and when you really want something you can do it.

“I feel good to be back on the pitch but disappointed at the result. Of course, I can get much better. The past 13 months were crazy, it was probably the worst time of my life. I really wanted to play but my injury took too long.

“The manager and all the staff were amazing. They were always with me, behind me. People wanted me back and I was only focused on it. My family was always with me, my girlfriend always pushing me to be back. And of course it was hard to be so long out but it’s football.”