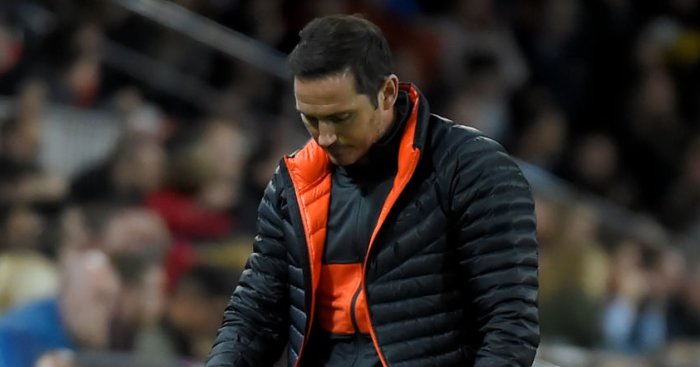 Frank Lampard revealed that the injury suffered by Tammy Abraham in Chelsea’s draw with Valencia might not be as bad as first feared, but his side are struggling with their finishing.

Chelsea were held to a 2-2 draw at the Mestalla, meaning they will have to wait until the final matchday of the group stage before they can book their place in the Round of 16.

Abraham had to be withdrawn at half-time after landing awkwardly on his hip, and Lampard had reason to be concerned given his worry over his side’s finishing at present.

“We nearly won it, nearly lost it,” he told BT Sport. “It was end to end, not that we wanted it to be.

“It’s difficult to come here, I know that from coming here as a player. When the atmosphere turns, sometimes you’re hanging on, but it keeps it in our hands.

“Parts of our performance I’m not mad on. We gave away too many chances. We missed a lot as well. That’s something we’re doing a lot of at the minute – not putting our chances away.

“But can’t turn away from fact they had a lot of chances. They were arriving in our box too much. Credit to the players for their work-rate and hanging on in there, but sometimes you have to be more secure than that.”

In his post-match press conference, Lampard confirmed the extent of Abraham’s injury may be less serious than initially imagined.

“I am not sure, he is in the dressing room now. A bang on the hip, it might not be as severe as we first thought.”