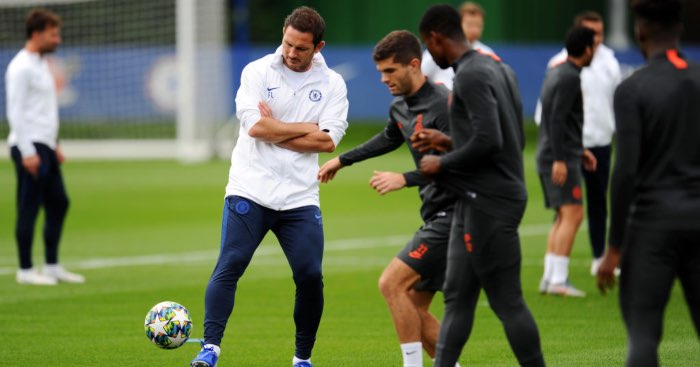 Chelsea boss Frank Lampard has insisted his wide players being “on edge” due to competition for places is a good thing and he’s not “rotating for the sake of it”.

Chelsea have an abundance of options on the flanks with Pedro, Willian, Callum Hudson-Odoi and Christian Pulisic all pushing for a place in the starting lineup.

Pulisic opened his Chelsea account with a perfect hat-trick against Burnley in his last Premier League outing and when asked whether that performance announced the American international’s arrival at Stamford Bridge, Lampard was quick to remind reporters that he has been given other opportunities to impress.

He said: “That’s the competition we have. People seemed to think Burnley was his debut. He’s had input before then. It was a short break, a big transfer and a different league. Let’s see him reproduce it.”

Lampard was then asked whether choosing between Pulisic and Hudson-Odoi was a difficult task.

He added: “You could say Pedro and Willian as well, who are top class players in different stages of their career. There’s competition for places. That’s good.

“It keeps them on edge and means they have to perform to keep their place.. I’m not here to rotate for the sake of it.”