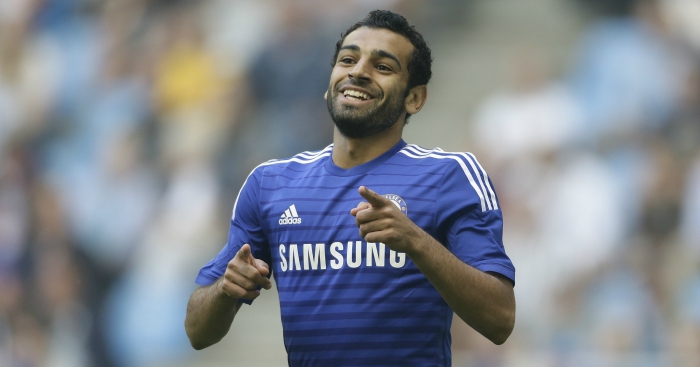 Frank Lampard has made a subtle dig at Jose Mourinho for his handling of Mohamed Salah and Kevin De Bruyne in his time with Chelsea.

Both failed to establish themselves under Mourinho at Stamford Bridge, but have gone on to become world-class players at Liverpool and Manchester City respectively.

Salah was just 21 when Chelsea paid Basel £11million for him in 2014, but he later joined Roma in 2016 and eventually moved to Liverpool for £34m in 2017, where he has won two Golden Boot awards and the Champions League.

De Bruyne meanwhile, is widely regarded as the best midfielder in the Premier League and has been instrumental in helping to win successive Premier League titles, as well as an FA Cup and three League Cups.

The Belgium international arrived at Stamford Bridge in January 2012 for just over £6m when he was 20-years-old, but was loaned back to Genk for the remainder of the season.

He made just a handful of appearance in the two years he had at Chelsea before he was sold to Wolfsburg, with the Bundesliga club making £55m by selling him to Man City in 2015.

Ahead of Chelsea’s Boxing Day clash with Southampton, Lampard, who played with both players, referenced his former manager’s way of dealing with young talent.

“If we’re not patient and if we don’t stick with the players, we might end up in a situation like we were before where absolute top, world-class players in this moment were at Chelsea when they were 20, 21 and managers didn’t stick with them so much then,” he said.

“I’m in a position where I’m going to stick with them.”