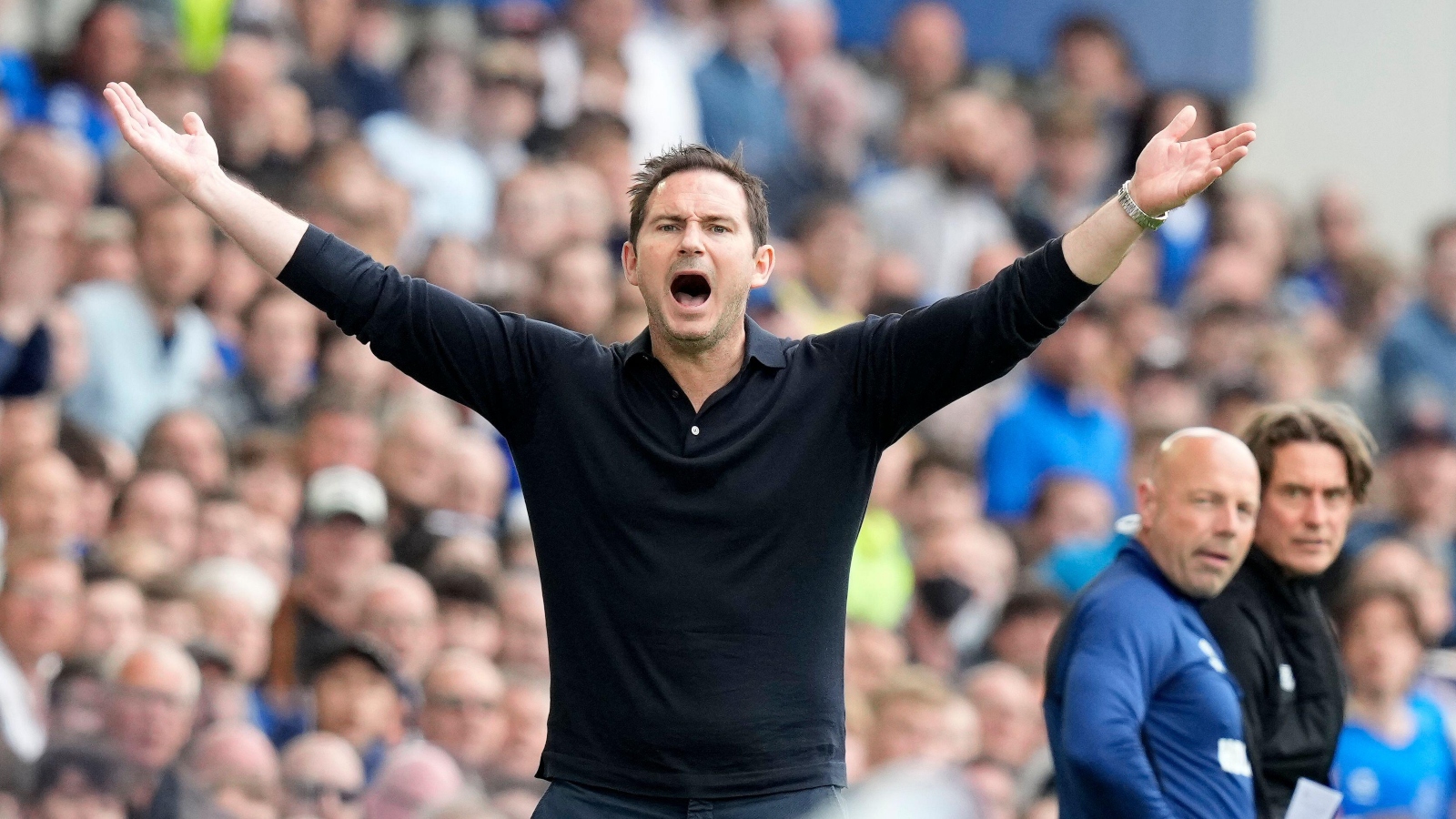 A win would have secured the Toffees’ Premier League status after Burnley and Leeds dropped points earlier on Sunday.

They took the lead twice at Goodison Park but finished the game down to nine men after Branthwaite and Salomon Rondon were sent off in either half.

Lampard told BBC Sport: “It’s pretty simple. We had control of the game. We looked like we would score more goals and win the game. The red card changes everything. You can’t play with 10-men for 70 minutes in the Premier League and expect much more [from the players].

“Maybe Richarlison should go down more easily with the shirt pull but no complaints about the red card, it is a mistake by Jarrad [Branthwaite].

“The goal they scored from a corner is not a meant header and then they score again really quickly. The fans have given everything and we must go again on Thursday.

“Hopefully Michael Keane, who was sick overnight, comes back. We have three centre-halves out and it’s very hard to sustain results like that. We will fight until the end no matter what bodies we have left.

“The first 20 minutes felt comfortable. The crowd were flying. No complaints about the players. We just have to rest a bit, stay positive, it’s in our hands and we’ll go again.”

Lampard's programme notes for tomorrow's match, something else.

Understanding, charismatic and connected – everything you want from your manager in the modern-day. https://t.co/xrCxXGUjTp pic.twitter.com/YJ1ZwmARZF

Speaking to Sky Sports, Lampard added: “Disappointing. The start was great, we could have scored three. The red card changes the game completely. It was as criticial as can be. We had complete control.

“There was a possible penalty in the build-up for a clear pull on Richarlison’s shirt. You wonder if a player should go down because it’s a penalty. The ball goes down the other end and it’s a mistake by Jared Braithwaite to let him run behind.”

“Hopefully Michael Keane will be back on Thursday. I’m not hopeful of (Yerry) Mina or (Ben) Godfrey. We had three centre-backs out today. it’s very difficult. Seamus (Coleman) played there. We played a back three at the end. Everyone has given everything,

“The important thing is we have a positve attitude. it’s in our hands at Goodison again hopefully with 11 on the pitch.

“The effort was incredible. The players deserve a little rest. The legs are hanging off a bit with all the injuries.”

Everton face Crystal Palace at home on Thursday evening before travelling to Arsenal on Sunday, when the Premier League season will conclude.