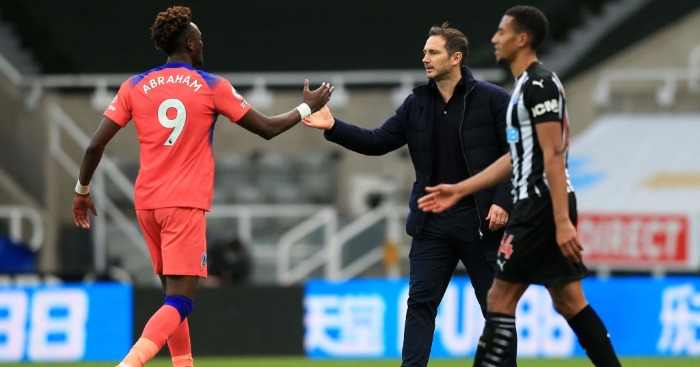 Frank Lampard was pleased with how his Chelsea side dealt with Newcastle United’s threats on Saturday afternoon.

The Blues enjoyed a comfortable win over at St James’ Park. The visitors were rarely troubled by Newcastle and they arguably should have won by a few more goals.

They went ahead after ten minutes as Mason Mount sent in a teasing ball towards the back post. Ben Chilwell was challenging for it but it was knocked into the net by Federico Fernandez.

Chelsea extended their lead in the 65th minute. Timo Werner carried it well to the edge of the box until he let in Tammy Abraham.

The Englishman converted it expertly to get his fifth goal of the season to secure all three points.

This victory moves Chelsea to nine games unbeaten in all competitions. They have also won three in a row in the Premier League.

The Blues move to the top of the table with this win, though they are likely to drop a couple of places by the end of the weekend.

Lampard told BT Sport, as cited by BBC Sport, that he was delighted by his side’s performance:

“We can’t have it all our own way, but we put the game away with a professional performance.

“First 20 minutes we were great, we had control and all the possession. They came out in the second half and I always felt that the real danger from us would be on the counter.

“You saw that with Timo (Werner) on the break and then setting up Tammy (Abraham’s) goal.

“It’s very easy to play the safe pass but we had to keep making the runs and efforts to get in there.

“We played well, the result is key because the Premier League is tough and relentless. I thought the lads dealt with the challenge today and I’m really pleased.

“It’s pleasing, but I’m not going to get excited about being at the top of the table for five mins. It’s a long season.”