Home All The News Lampard: Chelsea did enough to beat Tottenham 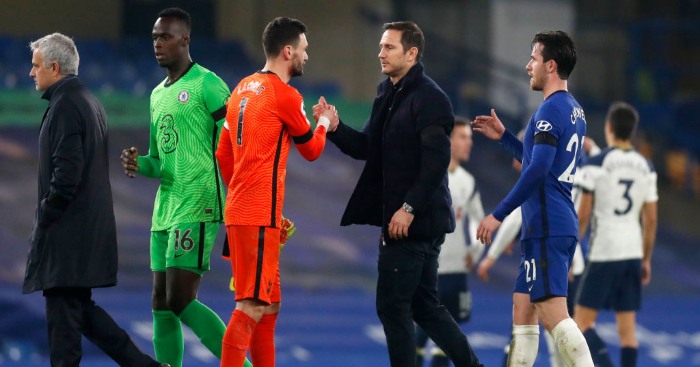 Frank Lampard believes that his Chelsea side did enough to get all three points against Tottenham, but he was pleased with his side defensively.

The Blues had to settle for a point at Stamford Bridge against Jose Mourinho’s Tottenham. They had a goal ruled out in the first half, as Timo Werner’s brilliant finish came from an offside position.

There was very little that separated the sides throughout the game. Chelsea had the better chance of the second half, as Mason Mount’s long-range effort forced a good save out of Hugo Lloris.

But Chelsea nor Tottenham could find a winner in the end as it finished goalless. This draw leaves the Blues with 19 points in third, two behind Tottenham and Liverpool who both have 21 points.

Speaking after the game with Sky Sports, as cited by BBC Sport, Lampard suggested that his side had enough chances to win the game:

“It went as I sort of expected. I thought we’d have a lot of possession. We created enough to win the game. The clean sheet factor against a side set up to counter-attack – that was excellent. We didn’t give Kane or Son a sniff. Goalkeeper makes a great save from Mason Mount.

“Oli Giroud gets his chance. He won us the game midweek and is the man you want in those positions so I can’t be too critical. We dominated the game possession-wise. This Tottenham team make it hard for you so the way we handled it was brilliant.

“At the end of the season, it will all come together on if this was a good point or not. I am happy with the clean sheet but in actual game play, we should win it. The players did everything I asked from them but we didn’t get that last bit.

“Another day, with the attacking players we have. Sometimes you need a bit of magic from your creative players. The handbrake was a tiny bit up but in a good way.”