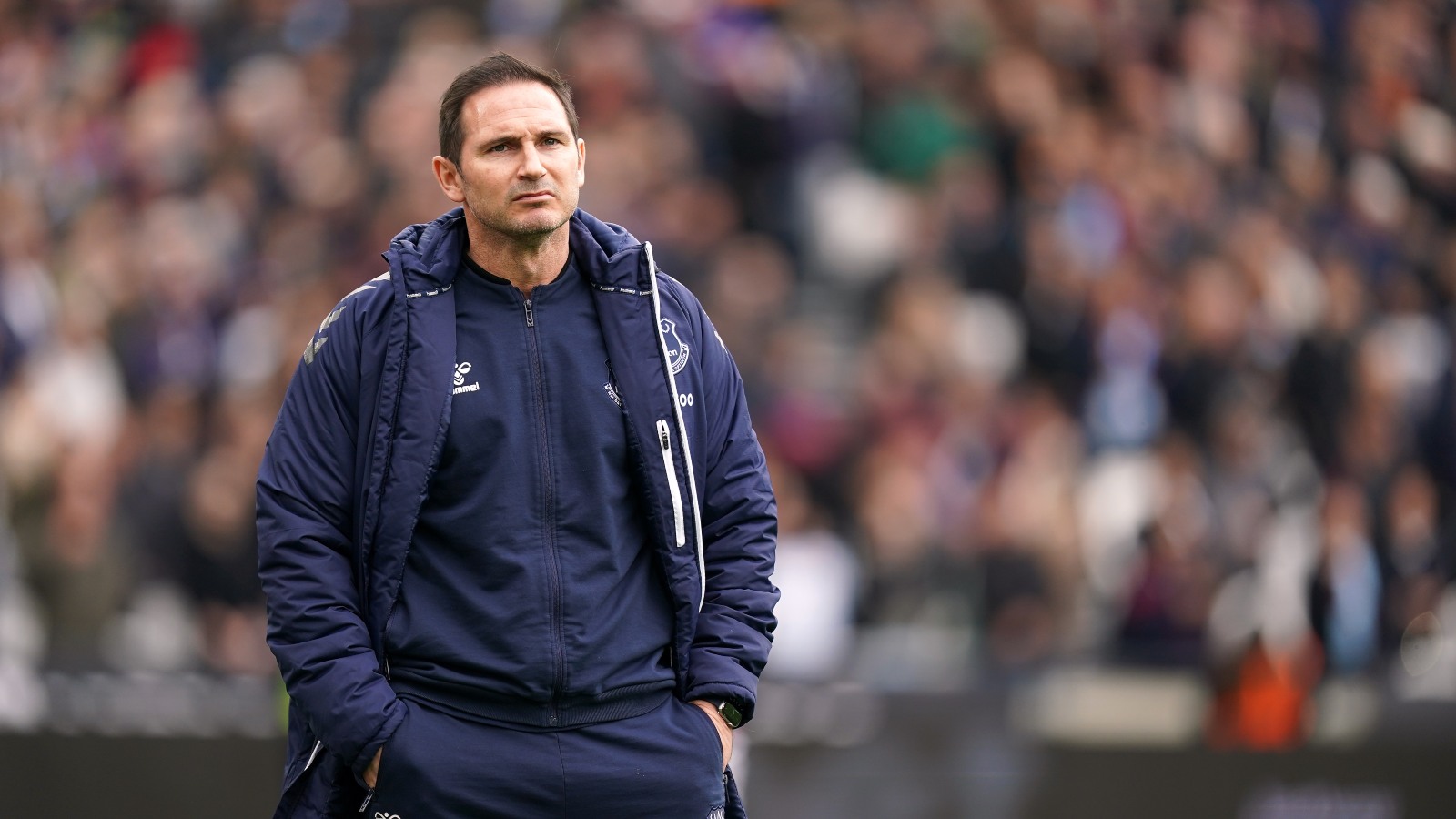 Everton boss Frank Lampard has claimed that everything is going against his side as they fell to another defeat at West Ham on Sunday afternoon.

Goals from Aaron Cresswell and Jarrod Bowen either side of a deflected Mason Holgate strike gave the Hammers the victory and did little to calm Everton’s relegation concerns.

No Premier League club needs the top flight quite like Everton

Defender Michael Keane was also sent off for the Toffees in the second-half. The red card was the third they have received in their last three games.

Speaking after the game, Lampard said: “Disappointment because we deserved at least a point from the game.

“At 1-1 I fancied us to score a second. There’s a mistake and they break away and score. It drops to them. The first goal is a free-kick in the top corner.

“The reality is that we are in that kind of moment where everything is going against us – decisions, moments in games, red cards. I can’t fault the players, their character, play generally. The performance was really positive and we have 10 games to perform like that again and more.

“We weren’t so good at Palace but passion and desire has been there. Not many teams do it every week. The reason we are in this position is that we want to get better.

“Today it was there and this is a tough place to come. They are organised and have quality. But two or three seasons ago they were fighting relegation. Now look at them and were they are now. That is the reality of football.

“The red card changes plans. It is the third game in a row. Two of those sendings off are yellows you can be frustrated with. One is not a sending off.

“Allan against Newcastle should be overturned but people want to save face. It is difficult with 10 men. We kept going and the spirit and resilience in the team was really good.”