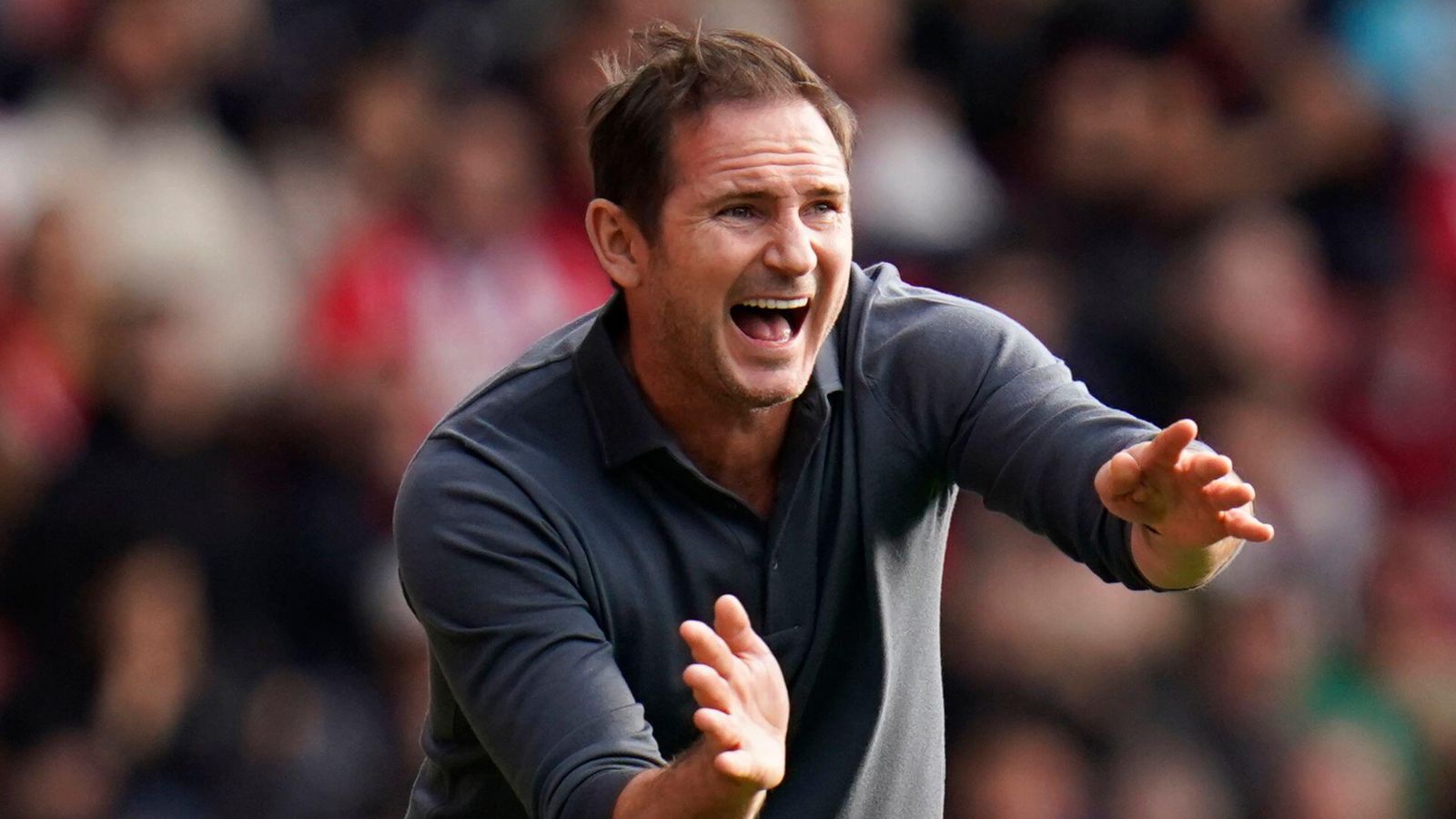 Frank Lampard has confirmed that Everton are in talks with Alex Iwobi over a new contract and he thinks Anthony Gordon is picking up “too many bookings”.

Gordon’s booking in the 2-1 loss against Man Utd last weekend was the winger’s fifth of the season in his last seven Premier League appearances. This will see him miss this weekend’s trip to Tottenham.

Lampard has spoken to the 21-year-old to help to ensure that he does not miss any more games unnecessarily.

“I think it is something to analyse and I’ve had those conversations with Anthony,” said Lampard.

“I don’t think it is worth hanging on to too much that he’s taking on too many bookings.

“I am more worried about his whole game and just working with him on that front. The booking thing has been a small part of that too.

“I don’t want to lose him for a game so that’s the reality of it. Also, if you get an early booking it changes the aspect of the game.

“The modern game is so fast you could get a red so there are obvious reasons why you would want to address that and I’ve spoken with him about it.”

Lampard also confirmed talks have begun over a new contract for midfielder Alex Iwobi, one of Everton’s better performers over the last six months.

“Yeah, I know that Kevin (Thelwell, director of football) is speaking with Alex’s people on that front. We will see how that one develops,” he said.

“His form has been great. I felt and always saw he would be dangerous in the middle area of the pitch. Opening the pitch up more has been a help for him. I still think there is more to come.”

Richarlison will play against Everton this weekend after he left them to join Tottenham for £60m in the summer.

When asked about his former player, Lampard said: “He is a good lad and we will wish him well. He left with dignity and his head held high. Nothing more than that.

“I’m not surprised and I’m not sure why the rest of the world is surprised. He is very talented. He was always Brazil’s No.9 when he was here.

“He is well-respected in the football world. We know him very well but his style is very unpredictable.”

On Antonio Conte, Lampard continued: “He is a great coach, I know that from his Chelsea days. They have got fantastic players.

“He has a clear way of playing and they give you a huge threat, which we’re aware of. They’re a strong unit, fair play to them.”