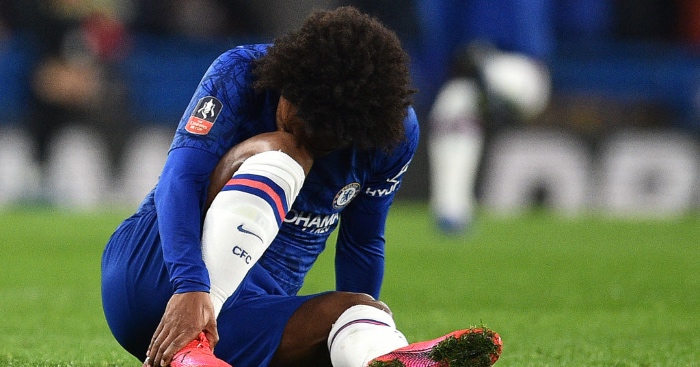 Kovacic limped off before the interval after he was tripped by Neco Williams, before he was stood on by Sadio Mane.

Willian, who scored the first goal of the evening after Adrian spilled his shot from range, went down off the ball early in the second half.

The 25-year-old initially carried on, but went down again moments later and had to be helped from the pitch. He was replaced by Mason Mount.

“Both have got an Achilles’ issue,” Lampard confirmed after the game.

“Willian hopefully is not too bad, that is what he is reporting there so we will see how he is tomorrow. Kovacic’s feels slightly worse. Hopefully not too drastic, so we’ll see.”

And the Blues are still waiting for Ruben Loftus-Cheek to appear in the first XI despite being back in training.