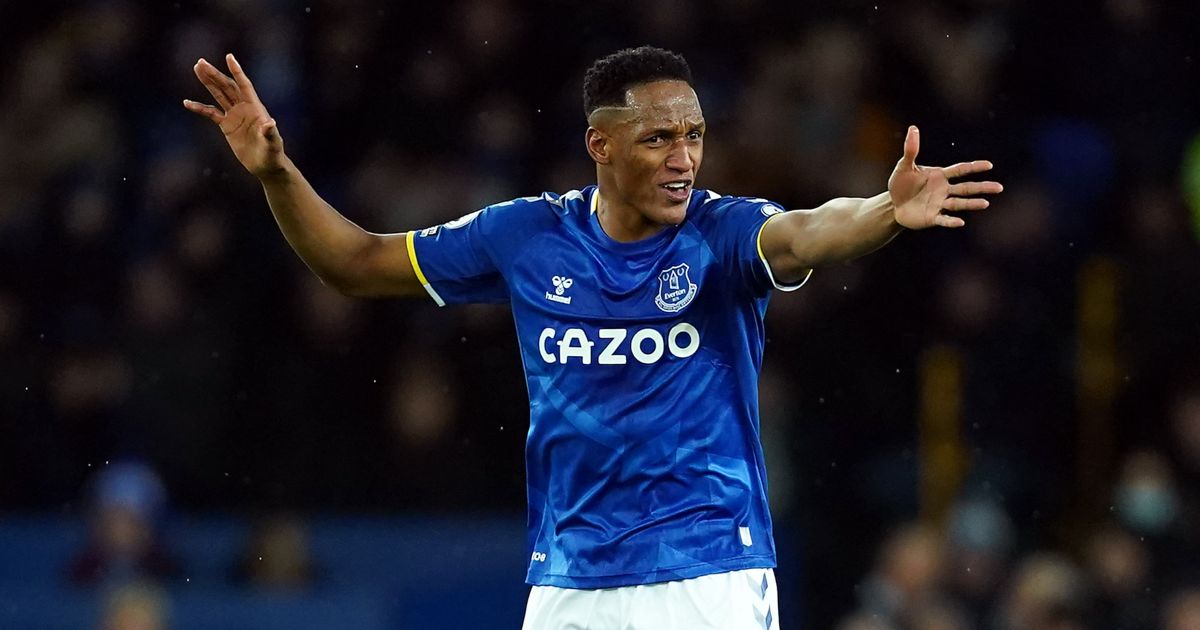 Everton centre-back Yerry Mina has been ruled out for up to 10 weeks with a thigh injury, Frank Lampard has confirmed.

The Colombia international was forced off in the first half of midweek defeat to Newcastle in only his second start since the beginning of December because of injury.

However, it now looks like the defender will not be ready to return until mid-April at the earliest.

“Yerry Mina is an unfortunate injury which will be between eight to 10 weeks. It’s a strong injury around his quad. Disappointing for us all,” Lampard said.

“In the week I’ve been here I’ve realised he is a big leader in the group, a top player, and a big miss.

“I was aware on the night of how serious it was and our worst fears were confirmed. Yerry’s a big personality here, he’s a positive man who we’ll miss.”

“Yerry is an unfortunate injury which will probably be between 8-10 weeks. Demarai won’t be fit for Leeds but with any luck, he should be fit next week.”

January signings Dele Alli and Donny van de Beek made their debuts as Everton lost 3-1 to Newcastle United on Tuesday night as the Toffees slipped to within two points of the relegation places.

Lampard added: “I think there were flashes of Dele as we know him, that’s understandable.

“He’ll be better for that performance. Donny came on at a difficult time and he showed really nice bits of midfield play.”

Goodison Park has been a toxic place to be at times this season with the supporters unhappy at the club ownership and disappointed with results on the pitch – but Lampard is keen to get the Everton faithful behind him.

The Everton boss continued: “We should never just expect that’s taken for granted. When I hear things like that, that’s what makes this a special club.

“The players have to replicate that in their performances. I appreciate that and it’s up to us.”

On whether their match against Leeds United tomorrow is a must-win, Lampard replied: “We want to win the game. I’ve come here now with a really good performance in the cup, one we weren’t so happy with in the week.

“I certainly don’t want to put everything on this game.”